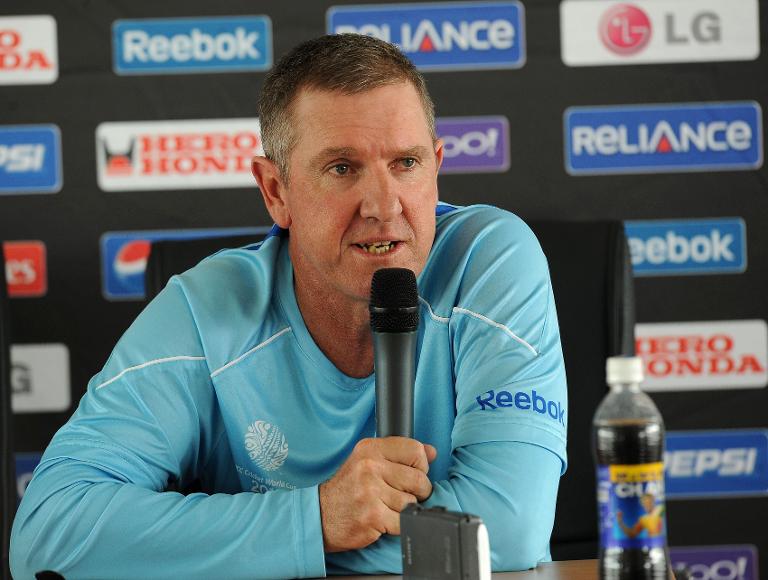 The appointment of Trevor Bayliss as the new England coach will make Australia’s job of winning the Ashes series much harder, his Australian counterpart Darren Lehmann said on Wednesday.

The 52-year-old former Sri Lanka coach, an Australian, was handed the role on Tuesday to succeed the sacked Peter Moores and will take charge for the upcoming home series against their arch-rivals.

Bayliss is no stranger to Lehmann or Australia’s players — nine of Australia’s squad for the Ashes have played under him at New South Wales, where he was coaching before being headhunted.

He also stepped in as coach of the Australia T20 side that beat South Africa late last year while Lehmann remained with the Test squad following their 2-0 series loss to Pakistan.

His first mission will be to avenge England’s 5-0 Ashes whitewash against his home country in 2013-14, starting with the first Test in Cardiff on July 8.

Lehmann said England were fortunate to have him at the helm. “Trevor has been a great servant of the game in Australia and has had great success with NSW in both the long and short format, as well as with the Sydney Sixers and Kolkata Knight Riders in T20s,” he told the Cricket Australia website from the West Indies.

“He did a great job for us when he took the reins in the international T20s against South Africa last year, winning the series 2-1.

“A trademark of Trevor’s teams is that they are well prepared and this just serves as another reminder to us that this Ashes will be a tough contest,” he added.

“I congratulate him on his appointment and wish him all the best.”

Bayliss will assume the role with an already solid working relationship with current caretaker coach Paul Farbrace, who steered England to a stirring 124-run win over New Zealand in the first Test at Lord’s on Monday.

They worked together during Bayliss’s time as coach of Sri Lanka, when he led them to the final of the 2011 World Cup.

Former Australia fast bowler Brett Lee, who played under Bayliss at the Sixers and Knight Riders, said England were “very, very lucky” to have landed his former mentor.

“He’s such a calming influence over the team and I personally believe his record speaks for itself. Whatever he’s touched has turned to gold.”

“Everyone is a big fan of Trevor Bayliss,” he said in The Australian newspaper.

“I think he is more of a background sort of coach — he’s not front and centre all the time.

“He’s not afraid to give a few rockets when they’re needed. He’s fair, harsh and he creates a pretty good environment.”