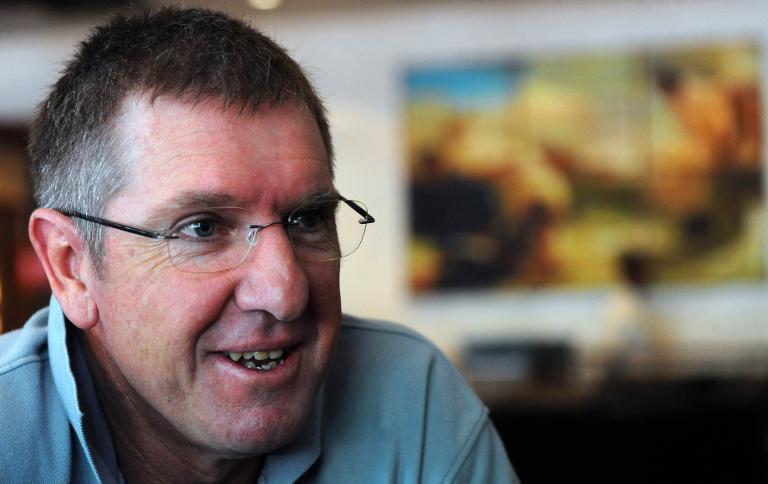 Australian Trevor Bayliss has been appointed as the new head coach of England ahead of this year’s Ashes series, the England and Wales Cricket Board (ECB) announced on Tuesday.

The 52-year-old former Sri Lanka coach succeeds the sacked Peter Moores, having been preferred to his compatriot Jason Gillespie, the Yorkshire coach, who was the initial favourite for the job.

“Trevor has an outstanding record as coach, has global experience and is very highly regarded in the game,” said the ECB’s director of cricket Andrew Strauss in a press release.

Currently coach of New South Wales, Bayliss will take charge of England in time for the start of their home Ashes series against Australia in July.

“He has proved himself in both domestic and international cricket, has a strong reputation for man-management and has shown how to build winning teams in all three formats,” Strauss added.

“His expertise in the shorter forms of the game will be vital as we build towards three major ICC events over the next four years; the ICC World T20 tournament in India in 2016 and the ICC Champions Trophy and ICC Cricket World Cup, which will be staged in England and Wales in 2017 and 2019 respectively.”

Strauss confirmed that Bayliss will work alongside current caretaker coach Paul Farbrace, who steered England to a stirring 124-run win over New Zealand in the first Test at Lord’s, which concluded on Monday.

Farbrace will remain in charge for the second Test at Headingley, starting on Friday, and the following limited-overs matches.

Bayliss worked with Farbrace during his time as coach of Sri Lanka, who he led to the final of the 2011 World Cup.

He added: “There’s a great opportunity to help (Test captain) Alastair Cook and (one-day captain) Eoin Morgan shape the direction and development of their respective teams.

“I am also looking forward to working alongside Paul Farbrace once again as we have a similar outlook on the game, get on well after two years working together and have kept in touch.”

In appointing Bayliss, the ECB will hope to draw a line beneath a turbulent few weeks that saw Moores sacked before Strauss attracted criticism for ending Kevin Pietersen’s dream of an international recall.

Bayliss’s first mission will be to avenge England’s 5-0 Ashes whitewash against his home country in 2013-14, starting with the first Test in Cardiff on July 8.

Bayliss, a former middle-order batsman, added: “What particularly excites me about the role is the chance to work with a very talented group of players.

“I firmly believe that the team has a bright future and I’ll be doing everything I can to help them realise their potential and achieve success on a consistent basis.”

Former England captain Strauss, who was appointed in the shake-up that saw Moores lose his job, expressed confidence that in overlooking Gillespie in favour of Bayliss, the ECB had made the right choice.

“This has been a very competitive recruitment process and we’re grateful to all of the candidates who showed their interest in this role,” he said. “I’m excited to have him on board.”

New South Wales wished Bayliss all the best, with chief executive Andrew Jones saying in a statement that he had made “an outstanding contribution to NSW cricket” and left “with our blessing”.

“There will be a few jokes going round, but everyone in Australia will wish him all the best.”