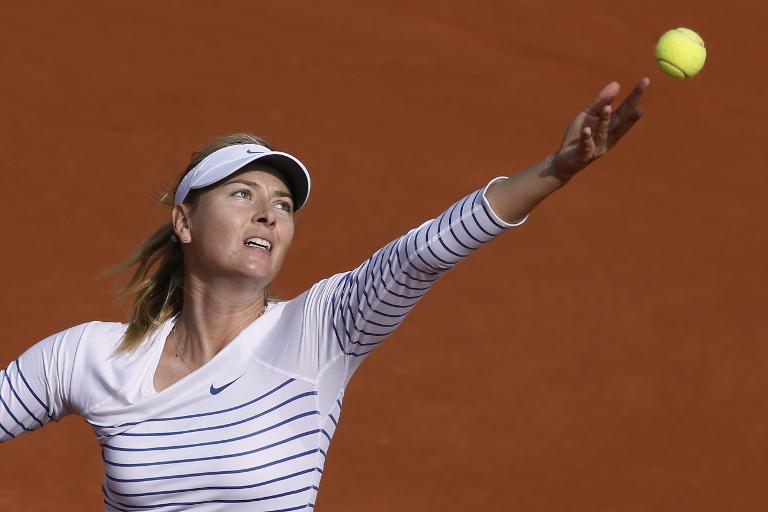 Defending champion Maria Sharapova reached the French Open second round on Monday but was jeered by fans after she refused to carry out an on-court TV interview.

But the 27-year-old irritated the Philippe Chatrier Court crowd by refusing to carry out the traditional on-court television pleasantries, claiming her voice was not strong enough.

She said she had been suffering from a cold in a worrying repeat of last year when she was also sick in the run-up to Paris.

“I totally understand that everyone usually does the interviews and answers a few questions,” said Sharapova, who was also champion in 2012 and runner-up in 2013.

“It’s absolutely normal. I’m not making any excuses but I’ve got to do what I have to do.”

There were no such problems for British third seed Andy Murray, twice a semi-finalist, who took his clay record this season to 11-0 with a 6-3, 6-3, 6-1 win over Argentine ‘lucky loser’ Facundo Arguello.

Murray, with claycourt titles in Munich and Madrid, goes on to face either Canadian world number 53 Vasek Pospisil or Portugal’s 44th-ranked Joao Sousa.

“Always the first round of the majors is tough and it was quite windy and difficult conditions at the start,” said Murray.

With her 35th birthday in three weeks’ time, the defeat is certain to place a question mark over the future of seven-time major winner Williams, who was runner-up to sister Serena in 2002 but has not gone beyond the fourth round since 2006.

“Sometimes things don’t work out the way you would like,” said Venus.

“I have a little while now between tournaments, so I will get ready for the grass at Wimbledon.”

The loss was only the third time in 34 Grand Slam tournaments that 26-year-old Radwanska had lost in the first round.

Berdych will now face 36-year-old Davis Cup-winning teammate Radek Stepanek, who became the oldest man to win a match at Roland Garros since 38-year-old Jimmy Connors in 1991 when he saw off Croatian journeyman Ivan Dodig 5-7, 6-3, 6-4, 6-1.

Australia saw their three brightest prospects all make it to the second round.

Kokkinakis and Tomic will face off for a place in the third round where top seed Novak Djokovic will likely be waiting.

Nick Kyrgios, the 29th-seeded Australian who beat Roger Federer in Madrid earlier this month, eased past Denis Istomin of Uzbekistan 6-3, 6-4, 6-3.

German 11th seed Angelique Kerber, the champion on clay in Charleston and Stuttgart, needed just 50 minutes to brush aside Timea Babos of Hungary 6-0, 6-1.

Croatia’s Ana Konjuh, the youngest woman in the draw at 17, made the next round with a 6-1, 6-4 win over Russian qualifier Margarita Gasparyan.

Meanwhile, a record was set in the clash between Denisa Allertova of the Czech Republic and Britain’s Johanna Konta.

Their first set tiebreak, which went 19/17 in favour of the Czech, was the longest in tournament history.