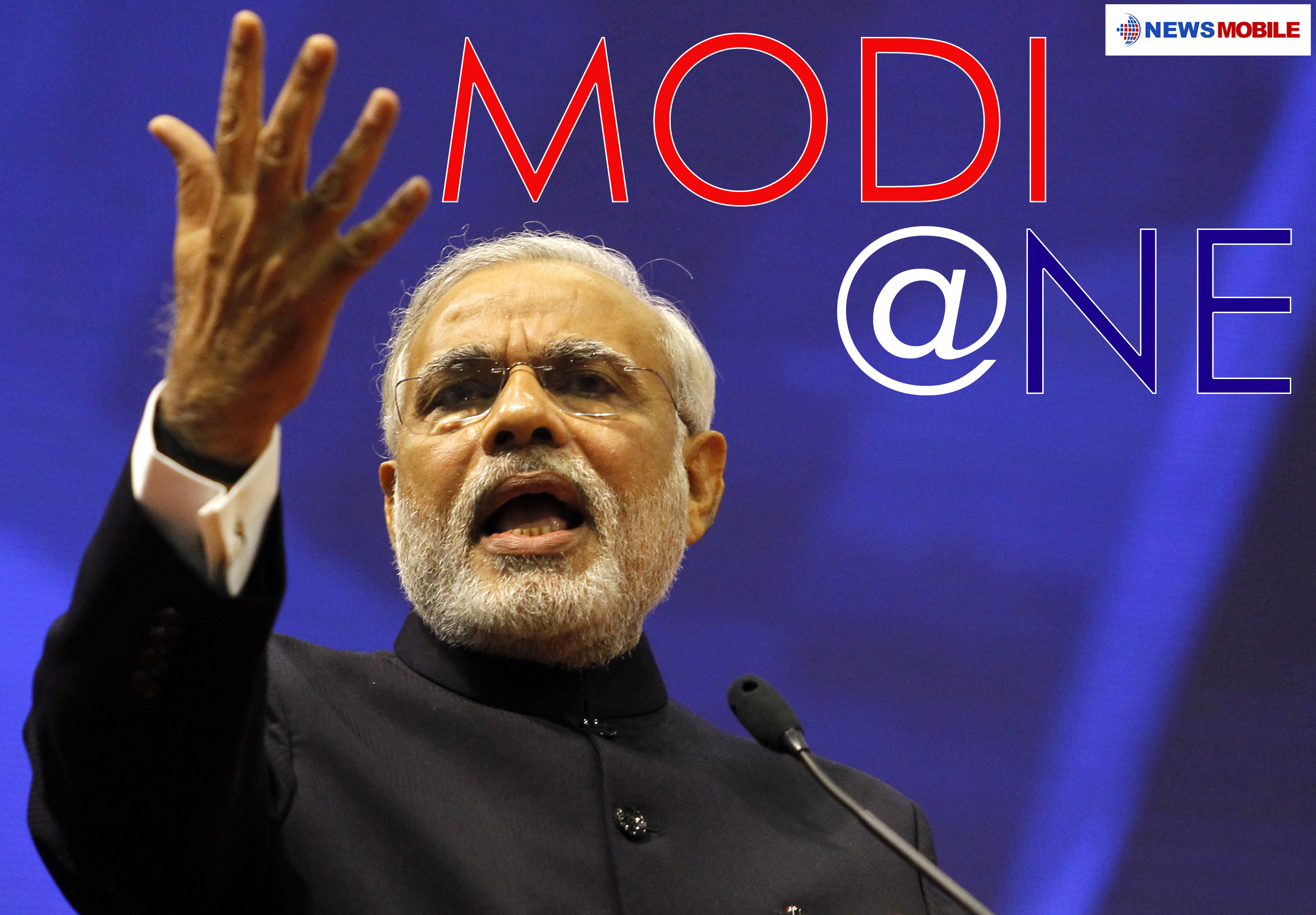 New Delhi: As the Narendra Modi government completes one-year in office, it has been a year of diplomatic triumphs for India. And while the opposition may slam him as a jet-setting PM, Modiplomacy, the Modi foreign policy is making giant strides, which is good for brand India and is good for Indiaâ€™s economic diplomacy.Â

As Modi completes record flying miles touring 18 countries and hosting a slew of leaders including the US President Barack Obama as the Republic Day Chief Guest, here is the list why Modiâ€™s first year in office galvanized governance and brought a whiff of fresh energy to the government.

Bureaucracy is a vital pillar for any government and from the era of Namophobia, making things work has been a key achievement for the Narendra Modi government. He has picked the threads from the policy paralysis of the UPA government and has tried his best at boosting confidence of the bureaucracy.

However what is required is that a consistent message is sent out especially to the entry level bureaucrats, to ensure that out of the box ideas are implemented and there is greater transparency in the government functioning.

2. Keeping economic Diplomacy on the forefront:

It has created all the buzz from the Hannover Fair in Europe to America to countries like Japan, China and South Korea and to the Mecca of High and mighty in Davos with trains and cabs sporting the Lion symbolising the Make in India campaign, the brand India stares at you as you come out of an international airport. All this has made an impact but now it needs to translate into action on the ground.

Personal Chemistry is the hallmark of any diplomatic relationship and from being the one who was denied a US visa to being the darling of the US Administration and the US President Barack Obama, credit goes to deft diplomacy by the Prime Minister Narendra Modi and his team.

From scripting a successful visit to the US in to creating a personal chemistry with the US President Barack Obama and his recent praise of the Prime Minister as reformer in chief in Time magazine had a huge impact. All these have boosted relationship, which has a huge economic potential.

The visit by the US President to India in January 2015 as the Republic Day Chief Guest only strengthened the Indo-US ties and sent out the wider message to world that India is the pivot for Asia.

Great nations reach out to their citizens and other countries in distress and go beyond, and the rescue missions in Libya, Yemen and now the relief and reconstruction mission in Nepal was carried out in a seamless manner and was personally directed by the Prime Minister and his core team.Â

Though India had mounted a similar effort post the Indonesian Tsunami, the manner in which the union Minister VK Singh was dispatched to Yemen and senior officials National Security Advisor Ajit Doval and Foreign Secretary S. Jaishankar were on the ground in Nepal underscored the importance of these missions.

There was a deeper international message as well when India evacuated nationals from many foreign countries including the US, that India was ready to take greater responsibility in the global arena and it has demonstrated its capability to do it under difficult circumstances.

Prime Minister Narendra Modi started early and invited South Asian leaders for his swearing in which ensured that he conveyed his willingness to engage with the neighbours. Barring Pakistan, which continues to foment terrorism, progress has been made with an outreach with other neighbours and his visit to Bhutan,Â  Sri Lanka, Nepal has helped strengthen ties.

Bangladesh has a friendly government and the ties need to be nurtured, Afghan President Ashraf Ghani has just visited India and India is continuing with its goodwill diplomacy with that country. One of the concerns India has had in the neighbourhood is the big brother tag, which has diminished to a great extent with a sustained neighbourhood push.

Narendra Modi didnâ€™t come with a pedigree of diplomacy barring a successful Vibrant Gujarat summit, which was his window to the world. Credit goes to him to understand the diplomatic nuances and turn it into a diplomatic opportunity. When last September he was told that a meeting with the Israeli Prime Minister in New York may raise eyebrows, he chose to ignore it.

When Lee Kuan Yew passed away, the original decision was that Vice President Hamid Ansari should be sent but when his diplomatic advisors convinced him that it may be a good idea for him to go, he instantly agreed, India was only other country other than New Zealand to declare a dayâ€™s mourning. The impact was huge, the Singaporeans were floored and India was instantly a darling of the city state, which has long term strategic implications given Chinaâ€™s attempt to increase its influence in the city state.

Modi is good at talent spotting and one of the reasons behind his success is a combo of operation driven professionals. National security is closely linked to economic progress and Modi realizes it.

While National Security Advisor Ajit Doval has managed the internal security and terrorism related challenges well, on Diplomacy, Foreign Secretary S.Jaishankar has been behind some of the out-of-the-box ideas that Modi has implemented.

One of the biggest challenges to the country is that of terrorism and Doval and his cracker of a team of Dineshwar Sharma, Director, Intelligence Bureau. Rajinder Khanna, Secretary of Research and Analysis Wing and Alok Joshi, who has been made the Chairman of the National Technical Research Organisation have been quietly pushing an effective anti terror strategy, which has secured the nation.

In the international arena, the optics of diplomacy carries a big weight and Narendra Modi has mastered from rockstar NRI gatherings in New York, Sydney and Toronto to the ever obliging selfies the world loves it and Modi is providing the right staple to the social generation which forms perception which in turn has helped raise his global profile.

From Shinzo Abe of Japan, to Tony Abbot of Australia and Francois Hollande of France, Modi has made many friends during his criss-cross diplomacy across the globe which has meant greater economic benefits for India and overcoming impediments in decision making while negotiating diplomatic deals. It is time for him to engage with David Cameron of UK and Vladimir Putin to ensure that his strategic circle is complete.