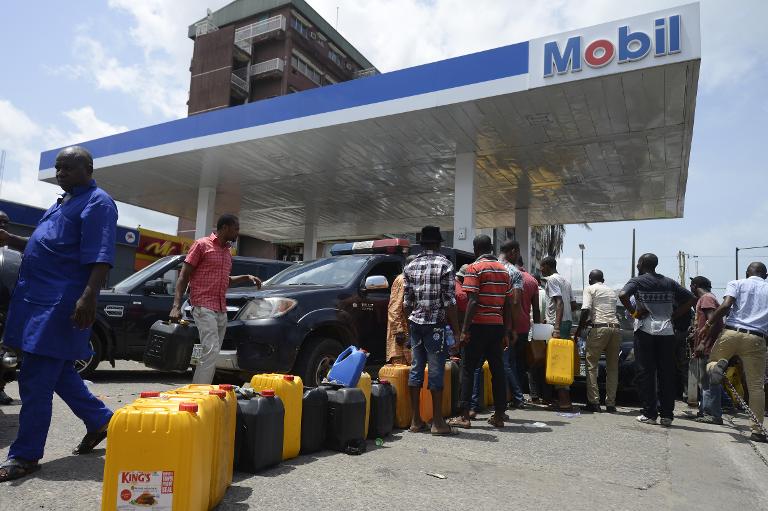 Agreement was reached to end a crippling fuel crisis in Nigeria that had left the country at a virtual standstill just days before a new government is installed.

Banks had begun to close early and telecoms firms warned their mobile phone networks could be shut down because of fuel shortages, which left domestic airlines grounded and saw petrol stations run dry, hitting businesses and homes.

But an end to the crisis was reached after the main unions and industrial groups responsible for supplying and distributing the majority of petrol and diesel in Nigeria met the government for talks.

Afterwards, the executive secretary of the Major Oil Marketers Association of Nigeria (MOMAN), Babafemi Olawore, said: “We have agreed… (to) commence lifting of products from all available depots within the next six hours.”

It was not immediately clear what, if any, deal was offered to help end the stalemate.

Despite being Africa’s biggest oil producer, pumping out some two million barrels of crude per day, Nigeria has to import most of its fuel because of a lack of functioning refineries.

The government keeps prices at the pump below market prices and pays the difference in subsidies to importers.

These importers claimed they were owed $2 billion and shut depots until the arrears were paid.

In the resulting chaos it was nearly impossible to buy petrol from licensed filling stations across Nigeria, which is Africa’s leading economy and most populous nation.

Most companies rely on a steady supply of diesel to power generators given the massive shortage of public electricity in Nigeria. Last week, the government said production was just 1,327 megawatts — a record low.

GT Bank, Union Bank of Nigeria and Sterling Bank closed early on Monday because of diesel shortages, while telecommunication companies such as MTN, Airtel and Etisalat warned of disruptions to their networks.

Domestic airlines Arik Air, Aero Contractors and Dana Air were hit by a lack of aviation fuel while international carriers diverted to other West African nations to pick up stocks.

President Goodluck Jonathan and his outgoing administration have had sporadic battles with fuel importers over the last five years. His government claimed the importers had been fully paid.

Finance Minister Ngozi Okonjo-Iweala said the situation had been manufactured to hold the country to ransom by demanding compensation for the fall in value of the naira currency caused by the global drop in oil prices.

Nigeria’s economy is almost totally reliant on crude revenue but has seen income dwindle since the middle of last year as world oil prices halved.

Jonathan’s successor Muhammadu Buhari — who secured the first ever opposition victory in Nigeria’s history in March polls — will take office on Friday and has not yet indicated how he plans to handle the subsidy issue.

Buhari’s All Progressives Congress (APC) party accused Jonathan’s administration of deliberately orchestrating the crisis and said the country was in its worst-ever state.

“No electricity, no fuel, workers are on strike, billions are owed to state and federal workers, $60 billion owed in national debt and the economy is virtually grounded,” APC spokesman Lai Mohammed said on Sunday.

Buhari was elected on a platform of tackling endemic corruption in Nigeria, which he believes has made the country a global laughing stock.

The notoriously opaque oil sector is seen as riddled with graft and last year Jonathan sacked the governor of the central bank after he claimed that $20 billion in revenue from the state-run oil firm had not been remitted.