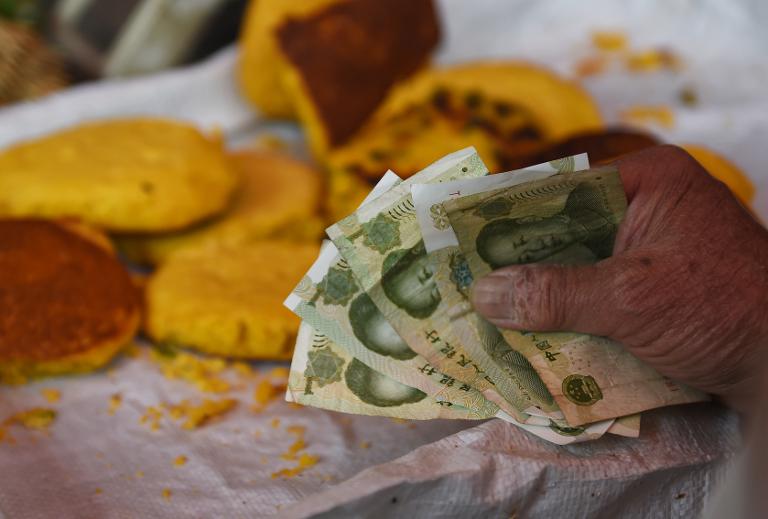 China’s yuan currency, which Washington has long alleged was manipulated, is “no longer undervalued”, the International Monetary Fund said Tuesday.

“Our assessment now is that the substantial real effective appreciation over the past year has brought the exchange rate to a level that is no longer undervalued,” the IMF said in a statement after a consultation mission to China.

The value of the yuan, also known as the renminbi, has been a source of tension for years with China’s major trade partners — led by Washington — accusing Beijing of keeping it artificially low to give Chinese exporters an unfair competitive advantage, which Beijing denied.

China keeps a tight grip on the value of the yuan out of concerns that unpredictable currency inflows and outflows could harm the economy and weaken its financial control.

Nonetheless it is still pushing for the currency to play a greater role in the world financial system, such as being included in the basket that makes up the IMF’s own “special drawing rights” reserve currency.

“We urge the authorities to make rapid progress toward greater exchange rate flexibility, a key requirement for a large economy like Chinaâ€™s that strives for market-based pricing and is integrating rapidly in global financial markets,” the IMF said.

China’s vast trade surpluses have seen it accumulate the world’s largest foreign exchange reserves, which stood at $3.73 trillion at the end of March.

“The still-too-strong external position highlights the need for other policy reforms -â€” which are indeed part of the authoritiesâ€™ agenda â€”- to reduce excess savings and achieve sustained external balance,” the IMF said.

Such steps included ensuring that in future “the exchange rate adjusts with changes in fundamentals”, it added.