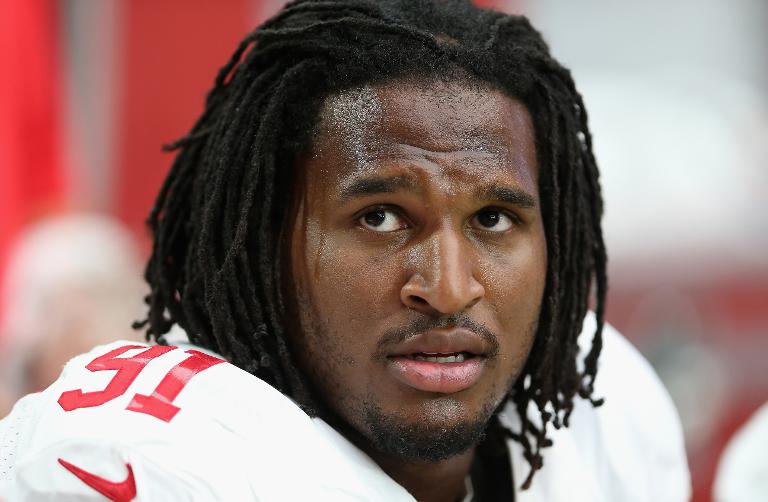 Defensive end Ray McDonald was released by the Chicago Bears, hours after being arrested in California on charges of domestic violence and child endangerment.

Police in Santa Clara confirmed the latest arrest of the former San Francisco 49ers defender, who was released by that National Football League club last December, saying McDonald “physically assaulted the victim while she was holding a baby.”

It was the third incident in nine months for McDonald, although no charges have yet been filed against him in any of the cases.

McDonald was arrested last August on suspicion of felony domestic violence but he was never charged. Last month, the NFL cleared McDonald of any violation of its personal conduct policy from that incident.

Last December, a woman accused him of sexual assault. That case remains under investigation, but the 49ers released him after the allegation, citing a pattern of poor decision making.

McDonald has said he will sue his accuser in the second incident, saying security video from his home will show their encounter was consensual.

Bears chairman George McCaskey reportedly had reservations about signing McDonald but did so last March at the urging of general manager Ryan Pace and after meeting McDonald.

But Pace made it clear that McDonald’s latest action was more than the Bears were willing to tolerate.

“We believe in second chances, but when we signed Ray we were very clear what our expectations were if he was to remain a Bear,” Pace said. “He was not able to meet the standard and the decision was made to release him.”

McDonald, 30, started 59 regular-season games and eight playoff games for the 49ers over the past four seasons, making 14 sacks in that span.