Home Politics Bofors was a media trial not a scandal 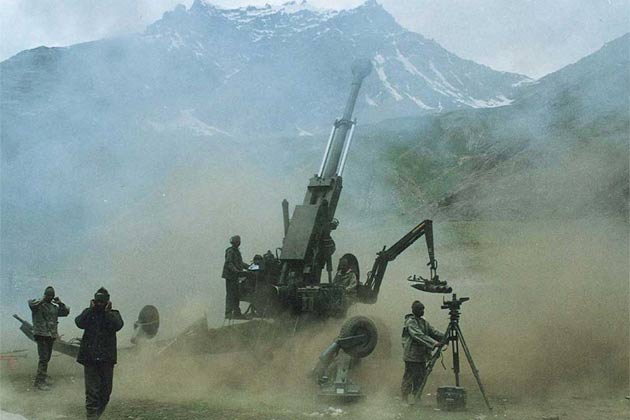 New Delhi: In 1986, a $285 million contract was signed by the government of India and Swedish Arms manufacturing firm Bofors for the provision of 410 155mm Howitzer field guns. In less than a year since the deal, a news report in Sweden alleging malpractices by both Bofors and the Indian government. And then began the period of Indiaâ€™s first alleged international scandal.

Addressing the issue in a question answer round with a Swedish daily ‘Dagens Nyhetter’, Indian President Pranab Mukherjee was asked if he thought Bofors had been a media trial.

The President said, “First of all – it is yet to be to be established that there was a scandal. No Indian court has established it. I was the defence minister of the country long after Bofors, and all my generals certified that this is one of the best guns we are having. Till today, Indian army is using it. The so-called scandal which you talk of, yes, in the media, it was there. There was a media trial. But I’m afraid, let us not be too much carried by publicity.”

Asked if the Bofors scam was just a media scandal, he said, “I do not know. I’m not describing it, you’re putting that word. Don’t put that word. What I am saying is that in media it was publicised. But up to now, no Indian court has given any decisive verdict about the alleged scandal.”

The Bofors scandal was a $285 million contract between the Indian government and Swedish arms company Bofors, signed for supply of 155mm howitzer field guns in 1986. Subsequently, Swedish Radio alleged that Bofors paid illegal commissions to top Indian politicians and key defence officials to seal the deal. The scandal contributed to the defeat of Rajiv Gandhi in elections three years later.