Home World US says Iraqi forces lack will to fight IS 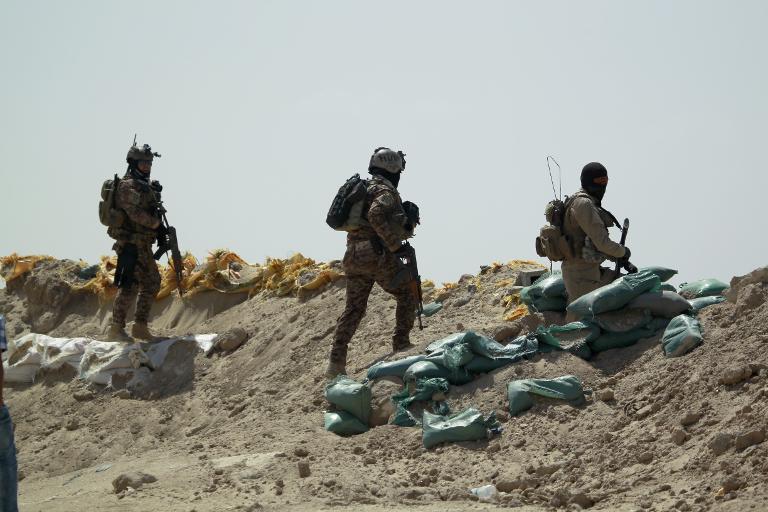 Washington on Sunday accused Iraqi forces of lacking the will to fight the Islamic State group, which scored a resounding victory a week earlier with the capture of Ramadi.

The jihadists had appeared on the back foot in Iraq in recent months but twin offensives on Ramadi and on the ancient Syrian city of Palmyra have swung the momentum.

On Sunday, a monitoring group reported at least 217 people were executed in and around Palmyra in the last nine days.

The loss of Ramadi, capital of Iraq’s largest province of Anbar, raised questions over the strategy adopted not only by Baghdad but also by Washington to tackle IS.

Pentagon chief Ashton Carter told CNN that Baghdad’s worst military defeat in almost a year could have been avoided.

“What apparently happened was the Iraqi forces showed no will to fight. They were not outnumbered, and they vastly outnumbered the opposing force, and they failed to fight and withdrew from the site,” he said.

“That says to me, and I think to most of us, that we have an issue with the will of the Iraqis to fight ISIL and defend themselves,” he said, using an alternative name for the group.

The US-led coalition air war that began two months after IS seized swathes of Iraq in June 2014 has led to more than 3,000 strikes.

“Air strikes are effective but neither they, or really anything we do, can substitute for the Iraqi forces’ will to fight,” Carter said.

In a fierce rebuttal, Iraq’s Prime Minister Haider al-Abadi told the BBC Carter was “fed with the wrong information” and that Ramadi would be recaptured “within days”.

Several units of Iraqi security forces, including elite troops, defied their chain of command and retreated from Ramadi when IS advanced.

The Anbar police chief has already been replaced and Abadi has promised an investigation.

Analysts usually argue that while air strikes cannot ensure territory will be regained, they have at least prevented IS from spreading even further to key cities such as Baghdad or the Kurdish capital Arbil.

The coalition said it conducted another 17 strikes over a 24-hour period straddling Saturday and Sunday, including seven in Anbar.

The fall of Ramadi, which lies about 100 kilometres (60 miles) west of Baghdad, was reminiscent of Mosul a year ago, when jihadists took Iraq’s second city almost without a fight.

Its capture together with the IS takeover of Palmyra in eastern Syria has consolidated the jihadists’ grip on the heart of their self-proclaimed caliphate.

IS jihadists in different parts of Syria’s Homs province have executed 67 civilians and 150 members of regime forces since May 16, according to the Syrian Observatory for Human Rights.

Observatory director Rami Abdel Rahman said whole families had been executed, including children with their parents, after Syrian state media said IS had carried out a “massacre” in Palmyra, slaughtering some 400 civilians.

On Sunday, IS forces crossed from Syria with two suicide car bombs to attack the Iraqi side of the southern border crossing.

Iraqi border guards promptly retreated to a nearby crossing with Jordan, arguing they had repeatedly called for reinforcements, in vain.

After security forces retreated from Ramadi, Abadi called in the Hashed al-Shaabi, an umbrella for Iran-backed Shiite militia and volunteers which he and Washington had wanted to keep out of the Sunni province of Anbar.

Several politicians within his own camp have accused Abadi of causing Ramadi’s fall by failing to send the paramilitary force earlier.

A fully-fledged counterattack to retake the provincial capital did not appear to be under way however.

Swift action was seen as essential to prevent IS from laying booby traps across Ramadi, which would make any advance in the city more risky and complicated.

Iraqi forces were also battling IS on other fronts, including at the Baiji oil refinery, about 200 kilometres north of Baghdad.

Their bodies were found on the road side by residents. A Haditha tribal leader said a paper was found on one of them in which IS claimed the executions were to avenge the men they lost in recent fighting near Haditha.

In Diyala province, which the government claimed to have cleared of IS fighters in January, eight bombs went off almost simultaneously early Sunday, security sources said.

Intelligence had been received of a possible wave of bomb attacks and only 14 people were wounded in the blasts in the towns of Baquba and Baladruz, a senior official said.

A top official said he feared more attacks and said Baquba was sealed off as a precaution.