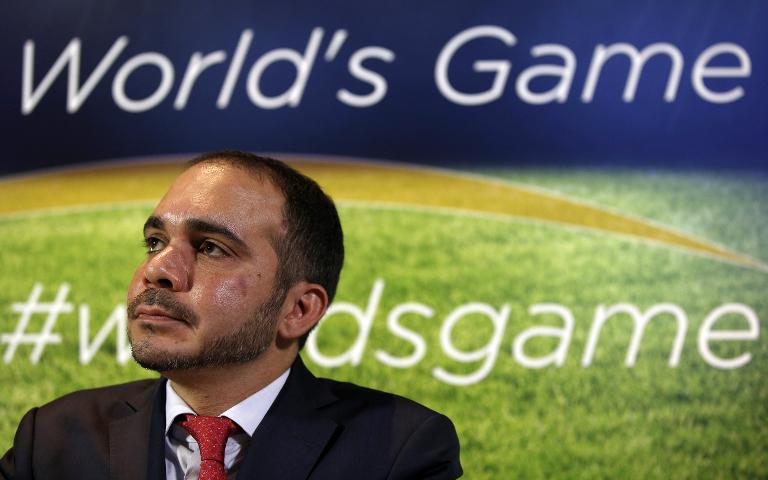 Prince Ali bin al Hussein on Monday accused FIFA president Sepp Blatter of leading an administration of waste that ignores ethics as he stepped up a leadership battle ahead of a vote this week.

“The situation is now urgent,” the Jordanian prince said in a video appeal to the 209 member federations who will vote for a FIFA president on Friday.

The 79-year-old Blatter is strong favourite to win a fifth four year term but has never faced such a strong challenge.

“It is clear that things have to change. The conspicuous waste, the self-serving policies and controversial leadership style of FIFA today have disempowered our national associations, hurt our sport and cost us our dignity,” said the 39-year-old prince who was until last month a FIFA vice president.

Without mentioning the scandals that have tainted FIFA since the award of the 2018 and 2022 World Cups to Russia and Qatar, respectively, the prince said: “Corporate and social responsibilities have been neglected, ethics have fallen by the wayside.

“Decisions about the game have been taken unilaterally and sponsors have left.”

The prince said national associations and ordinary footballers “are beginning to pay a very real price for this.”

“With each day that passes the situation worsens and FIFA’s ability to serve us and our sport is further eroded. The situation is now urgent.”

“We have to eliminate as far as possible the politics of the way things are conducted and bring everybody together for the service of the game.

The prince promised to focus on developing football and to bring “commercial success” with more decision making by national associations.

Prince Ali has strong support from Europe’s UEFA in Friday’s vote but other continents have given strong public backing to Blatter.

UEFA president Michel Platini on Monday gave public backing to the prince’s bid and said Blatter had “lied” when he made a pledge in 2011 that his term starting then would be his last.

Despite the controversies under his leadership, Blatter has developed FIFA into a machine that earns $5 billion over the four years between its flagship World Cup event.