Home World Podemos-backed candidate sure she will be Madrid mayor 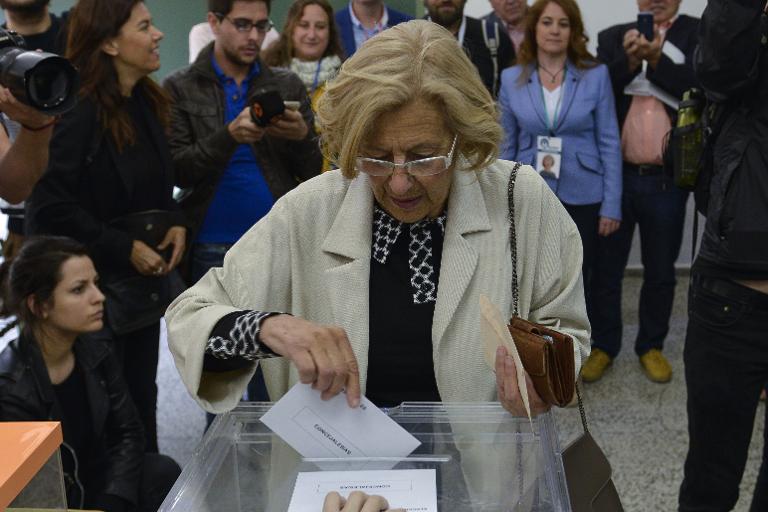 The anti-austerity protest contender for Madrid’s city hall, Manuela Carmena, said Monday she was confident she would become mayor after tying with the governing conservatives in an election.

Asked by a reporter whether she expected to be the next mayor, Carmena, a 71-year-old retired judge, replied: “Yes. The hard part is behind us.”

That implied she expected to make an alliance between her Ahora Madrid group and the Socialist party in Madrid, after the two finished in second and third place respectively in Sunday’s vote.

Together they will have enough council seats to drive Spain’s governing Popular Party out of the city hall stronghold it has controlled for 24 years.

Carmena said she was already working on the reforms she planned as mayor, starting with moves to stop evictions of ruined homeowners.

“We want to get to work straightaway,” she said.

Ahora Madrid and other groups born from the “Indignado” protest movement that erupted in Spain’s economic crisis battered the governing Popular Party (PP) in Sunday’s local and regional elections.

The PP lost its majority in most regions, transforming the dynamic of Spanish politics ahead of a general election due in November.