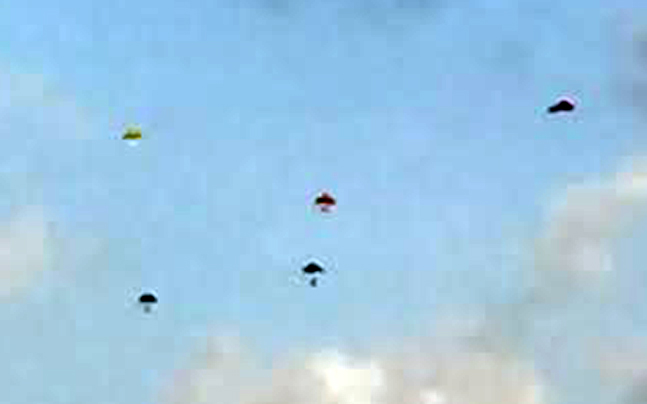 According to airport police, five unidentified objects were spotted over the airport area on Saturday evening by a pilot of Jet Airways when he was about to take a flight off the run way.

The authorities of the Mumbai International Airport Limited (MIAL) were also informed about the objects spotted over the airport.

The matter has also been brought to the notice of Mumbai’s Joint Commissioner of Police (Law and Order) Deven Bharti.

The police, however, is yet to register a case since no complaint has been received.

“Since no one has filed a complaint with us, we have not registered any case as of now,” said DCP, Zone 8, Virendra Mishra.