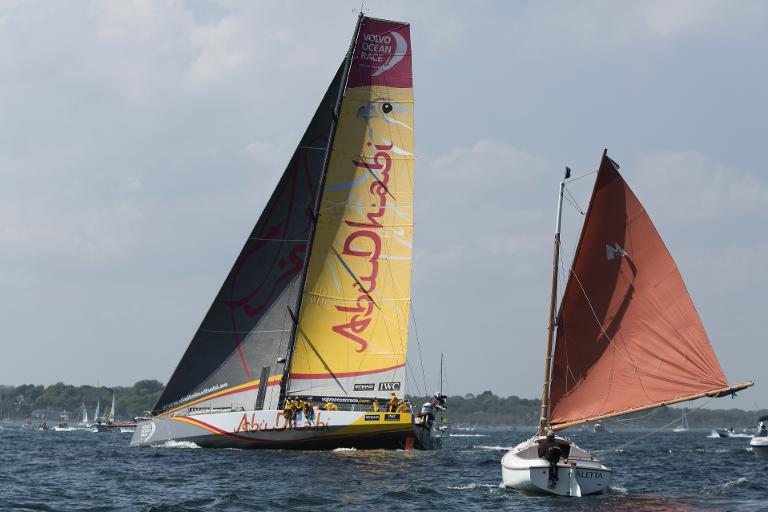 Volvo Ocean Race overall leaders Abu Dhabi Ocean Racing found themselves in the unaccustomed position of last place on the transatlantic seventh leg on Monday and in danger of having their six-point advantage cut drastically.

Before the race started last October, their British skipper Ian Walker had targeted a top three podium finish on each leg to secure overall victory.

So far that plan has been carried out to perfection and has included two leg wins, leaving Abu Dhabi with a firm grip at the top of the standings with three stages to go.

But they have struggled since leaving Newport, Rhode Island, on May 17, in the cross-Atlantic leg to Lisbon, Portugal, and at 0940 GMT on Monday, they trailed last of the six boats

They had at least been leading Team SCA (Sweden) over the weekend, but the all-womenâ€™s crew have positioned themselves cleverly in more breeze to the north of the fleet and that paid big dividends on Sunday/Monday as they gained more than 80 nautical miles (nm) on the fleet and overtook Abu Dhabi.

With just under two days to sail before they reach the Portuguese capital, however, there is still time for the Emirati boat to make amends.

The entire fleet, headed by Dutch challengers Team Brunel, and Spanish boat MAPRE, is spread just 17.7nm apart with some 750nm of the 2,800nm leg to complete.

The six boats are now heading for a â€˜drag raceâ€™ â€“ straight line racing in good winds and sea state â€“ for Lisbon.

The Chinese boat, Dongfeng Race Team, is currently third just 1nm off Brunelâ€™s pace. They trail Abu Dhabi by six points overall in second place and have the opportunity to make big inroads into that lead with a strong finish.

After an 11-day stopover in Lisbon for boat maintenance, the fleet will head off the final two legs to France (Lorient) and Sweden (Gothenburg), the latter via a pit-stop in The Hague.

The race concludes in Gothenburg on June 27 after covering 38,739nm in nine months and visiting 11 ports and every continent.