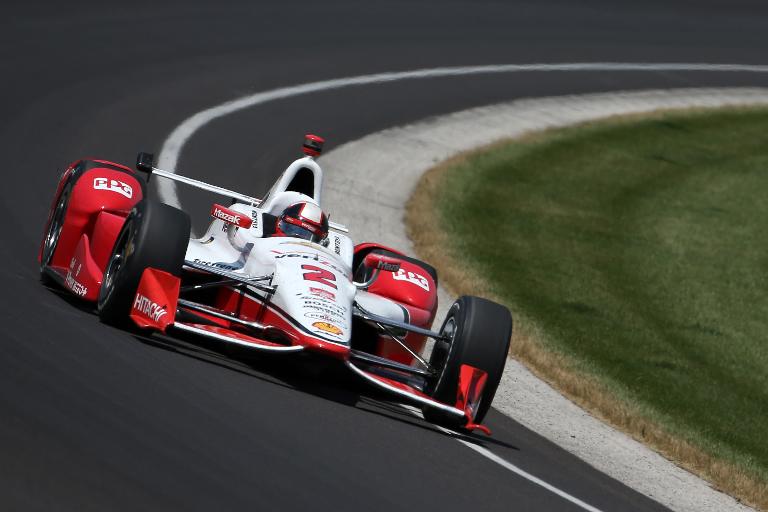 Montoya passed Dixon with four laps remaining and went outside Power on the front straightaway on the next lap and held him off to the finish for an emotional triumph that has the South American pumping his fist just moments after crossing the finish line.

“This is what IndyCar is all about, awesome racing all the way down to the wire,” Montoya said. “I don’t even know what to say. This is too good.”

Montoya also won the Indy 500 in 2000, then spent six years in Formula One and nine seasons in the US stock-car NASCAR series before returning to IndyCar last year and taking fifth at the Indy 500.

The gap between Indy 500 triumphs is the longest in the race’s 99-year history, the prior mark being the decade between A.J. Foyt’s 1967 and 1997 victories.

Montoya fell back early to 30th in the field of 33 after rear wing damage when the car was struck by Britain’s Pippa Mann during a caution period. Montoya ran over an air hose on a slow pit stop and seemed to be struggling.

“I had a good feeling all day,” Montoya said. “The car under me was awesome. The Chevy (engine) was good all day.”

Power led Montoya and Dixon out of the pits after the final refuel stops but a major crash involving Britain’s Jack Hawksworth, Monaco’s Stefano Coletti and Colombian Sebastian Saavedra forced a restart with only 15 laps remaining.

The crowd roared as lap after lap the trio exchanged thrilling high-speed passes. Montoya overtook Dixon only two turns after the restart but Dixon was in the lead less than two laps later.

Power and Dixon swapped the lead again before Montoya and Power went around Dixon on the front straightaway, then Montoya passed Power for the lead in the first turn with nine laps to go.

Power answered by passing for the lead in turn one with eight laps remaining and Dixon regained second place with seven laps left, only to set up Montoya’s charge past both to win.

“I was trying to keep the lead. I got close to him and had to lift and that was the race,” Power said after his career-best runner-up effort.

“That was a lot of fun. Man, there was too much push there at the end. That was all I had. Damn. It sucks finishing second.”

“When I really needed to go I just couldnt turn the car,” Dixon said. “As the laps counted down I was trying to make something happened but when I tried to pass I couldn’t make it.

“All praise to Juan. He made a hell of a comeback. We’ll come back. This one always hurts, though.”

Added Kimball: “We just couldn’t get close enough to make a run at them at the end.”

It was the 16th Indy 500 victory for team owner Roger Penske, whose racers battled those of Chip Ganassi all day for the lead.

Brazil’s Tony Kanaan, the 2013 Indy 500 winner, crashed on lap 152, losing control and slamming into the outer wall of turn four.

“It got really lose and unfortunately we lost it,” Kanaan said. “It was the last stop. We were going for it. I’d rather get out of the race going for it than sitting back.”

In a pit row incident, Aussie James Davison’s car was forced into a crewman working on the car of France’s Tristan Vautier, rivals coming side-by-side down the pit lane denying Davison space to exit. The crewman, Dan Yang, was hospitalized.