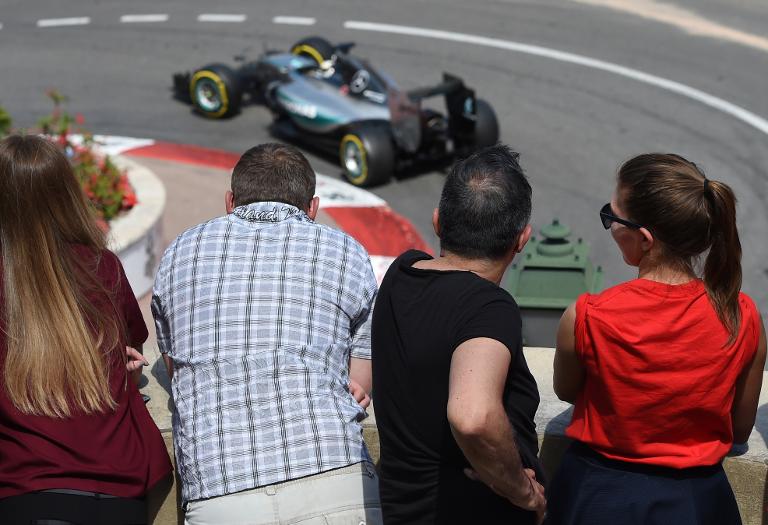 The Mercedes team were swift to apologise and commiserate with Lewis Hamilton, his fans and the disappointed followers of Formula One after their unexpected tactical error deprived the world champion of a seemingly inevitable, and richly-deserved, win in Sundayâ€™s Monaco Grand Prix.

Just four days after the fanfares that confirmed they had re-signed the two-time champion with a new three-year contract, in a deal reported to be worth more than $120 million dollars, the team were forced into an exceptional and sorrowful admission.

“To all our disappointed fans out there, we feel your pain,” Mercedes said on Twitter.

“We got it wrong today and thatâ€™s the simple fact. We will grow stronger from this.”

By calling the 30-year-old Briton in for a late and unnecessary pit-stop, following an accident and the deployment of the Safety Car, Mercedes converted his 21-seconds lead into a scrap for third place, halved his championship lead and handed team-mate Nico Rosberg a memorable, and rare, third consecutive win on the streets of his home town track.

Rosberg won by 4.486 seconds ahead of four-time champion German Sebastian Vettel of Ferrari with Hamilton third in a finish that stunned the crowd packed into the harbour of the Mediterranean principality and a worldwide television audience.

“That was the luckiest thing in my career,” said Rosberg with commendable candour as Mercedes, recognising their error, began an immediate effort to apologise and explain.

Hamilton, understandably downcast, managed his emotions to survive the initial round of media interviews, including one on the victorsâ€™ podium in which he praised his team and pledged to return and win his favourite race in the future.

An hour later at the Mercedes teamâ€™s motor home in the crowded waterside paddock, Wolff remained besieged by a media in need of a proper explanation.

It was, he said, caused by the data. A calculation, about the durability and performance of Hamiltonâ€™s tyres, with 15 laps remaining, was used and it was wrong.

“The algorithm was wrong,” said Wolff.

Reporters demanded more. When did he first manage to speak to his crestfallen driver? Why didnâ€™t he, or the team, follow their obvious gut instincts and, like all the other leading teams, leave him out on the track to win?

“It was in the media scrum,” said Wolff. “I said that we apologised and he said ‘yes’â€¦ If you know Lewis, if you know how mentally tough he isâ€¦ He has so much mental strengthâ€¦ He will be very sore, but his will to win is incredible.”

Wolff added, during a torrent of questions, that the final decision based on the engineering data to bring Hamilton in for a change of tyres was taken only 50 metres before the pit-lane entry.

The team, he explained, were concerned that rivals Ferrari may have done the same for Vettel.

In the event, they did not and the Ferrari driver, by staying out untroubled, gained an unexpected place as the field ran behind the Safety Car deployed following Dutch teenager Max Verstappenâ€™s accident at Ste Devote.

“We were there in the moment when it mattered and able to pip Lewis when he came out of the pits,” said Vettel.

“We had a problem — with the maths,” said Wolff.

“We thought we could afford a stop to protect against Vettel going on the soft tyre. They could have made a stop. When Lewis was at Rascasse, they weren’t even at Tabacâ€¦

“But at the end of the day, there’s no excuse because we got the calculation wrong, which gave us a bigger gap than we actually had.

“It was 3.5 seconds we were wrong byâ€¦ The question is: should we have made that call, with only 3.5 seconds?”