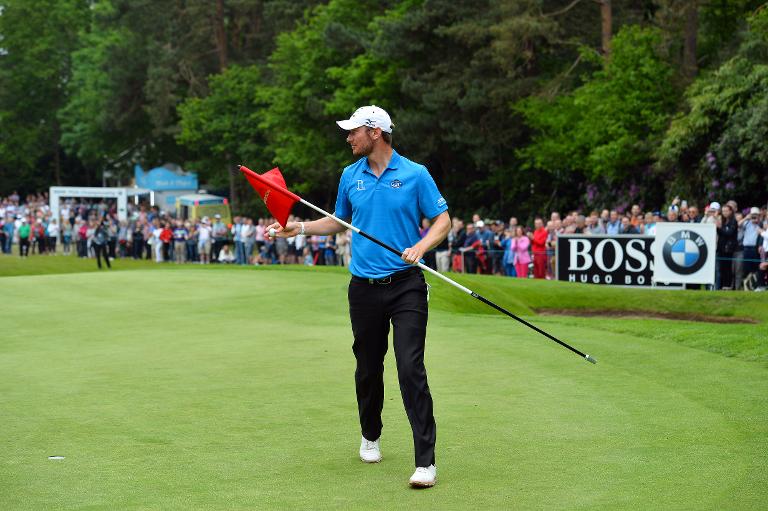 American Chris Kirk held his nerve to capture his fourth career US PGA title on Sunday, firing a four-under-par 66 to win the Crowne Plaza Invitational by one stroke.

Kirk finished on 12-under 268 to win the $1.17 million top prize from a $6.5-million purse with Jordan Spieth, the second-ranked reigning Masters champion, sharing second with fellow Americans Jason Bohn and Brandt Snedeker on 269.

Kirk, ranked 23rd in the world, had previously won the 2011 Viking Classic on the week opposite the British Open, the 2013 McGladrey Classic and last September’s Deutsche Bank Championship during the season-ending tour playoffs.

“Didn’t feel like I was swinging so good at the beginning of the week but somehow I was able to get it done,” Kirk said.

Weekend rains that delayed Sunday’s start produced lift, clean and place rules for the final round at Colonial.

There were 15 players within two strokes of leaders Snedeker, Bohn, Spieth and Kirk at one stage.

But Kirk pulled clear with a five-foot birdie putt at the 15th to reach 12-under, parred 16 and 17, but sent his tee shot into the left rough at 18 and needed a tense seven-footer to make par.

“I was as nervous as I’ve ever been for sure,” Kirk said. “Those up and downs on the last couple holes and that last putt at 18 was especially sweet.”

Bohn had lipped out a long birdie putt at 18 and tapped in for par to finish a round of 63 and grab the clubhouse lead.

Spieth lipped out for birdie at the par-three 16th from 48 feet but missed a seven-footer for par to fall back, so his closing 19-foot birdie left him only 11-under as well.

“I’m really proud of the way I finished on 18 to give it a chance,” Spieth said.

Spieth had birdied four of the first six holes to move into contention and added another with a 16-foot putt at the par-three 13th to reach 11-under.

Snedeker lamented not being able to bounce back down the stretch after his late bogey.

“Disappointed,” Snedeker said. “I couldn’t make the putts on the last three holes like you are supposed to do to win the golf tournament. Chris played some great golf.”

England’s Ian Poulter had the last chance to deny Kirk, but could not land an unlikely eagle from the fairway to force a playoff.

Poulter, one behind 54-hole leader Kevin Na when the day began, fired a 70 to share fifth on 270 with Canada’s Adam Hadwin and Americans Pat Perez, Kevin Kisner and George McNeill.