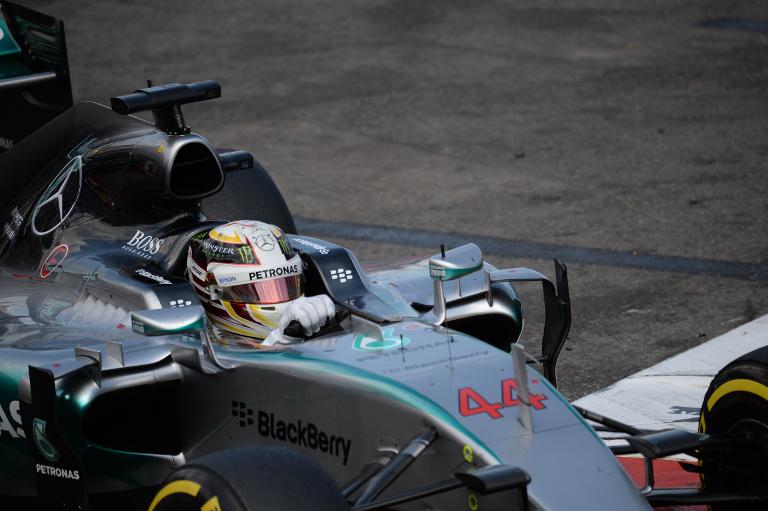 Lewis Hamilton responded with the grace and dignity of a champion Sunday when he fought back his emotions after an extraordinary tactical error by his Mercedes team cost him victory at the Monaco Grand Prix.

The two-time champion and current series leader was on course for a well-deserved and comfortable triumph ahead of his team-mate and nearest rival Nico Rosberg until, following a Safety Car intervention with 15 laps remaining, Mercedes called him in to pit for new tyres.

It was an unexpected decision that transformed Hamiltonâ€™s luxurious 21-seconds lead into third place, costing him victory and a clear 27 points lead in the title race. Rosberg won and now trails Hamilton by 10 points after six races this year.

In previous years, before Hamilton left McLaren for Mercedes in 2013, he may have reacted with greater emotion, but in line with the candour of Mercedesâ€™ senior staff, he proved mature under intense media pressure.

“I can’t really express the way I’m feeling at the moment so I won’t attempt to,” he said. â€œTo be honest, it all happened so fast I don’t remember. â€¦ You rely on your team.”

The team issued a series of public apologies for what they described as an unacceptable mistake.

Clearly and understandably downcast, he added that he believed his rivals behind him on the track had pitted. He assumed, he said, that he had to â€˜cover offâ€™ the threat that they would be on fresher tyres when the race resumed.

“I saw a screen and it looked like the team was out [in the pits],” he added. “It looked like Nico had pitted. I thought the guys behind were pitting, so when the team said â€˜stay outâ€™, I said the tyres were dropping temperature and I was assuming that these guys would be on options and I would be on the harder tyre.

â€œSo, they said to pitâ€¦ I did that and came in thinking, with full confidence, the others had done the sameâ€¦.â€

His confidence was misplaced. No-one else, among the leaders, had pitted and, once again, he had failed to land an elusive second victory to add to his sole triumph in 2008.

“This race has been so close to my heart for many years,” he added. â€œIt was a great feeling in the race, I had so much pace. I didn’t have to push too much. I could have doubled the lead, if I needed.

â€œI’m grateful for that pace and I’ll come back to fight another dayâ€¦ At this moment, I can’t think of anything else.”