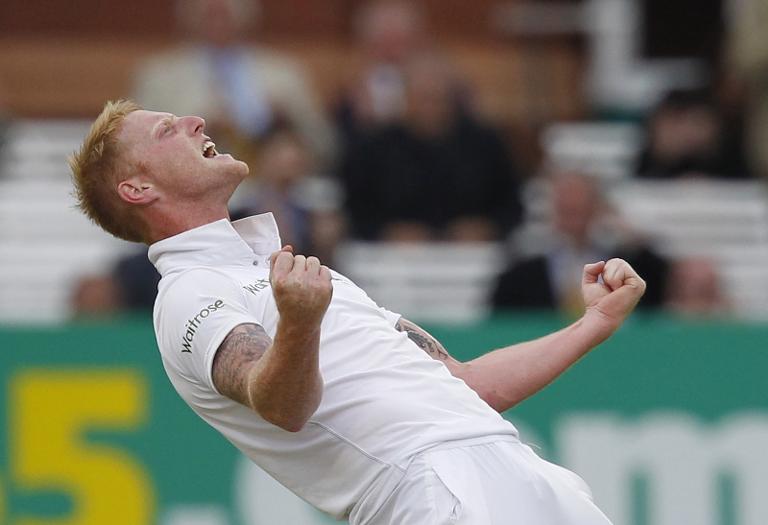 England completed a remarkable win to beat New Zealand by 124 runs in the first Test at Lord’s on Monday.

New Zealand, set 345 to win on the fifth and final day, were dismissed for 220 as England won the 100th Test between the two countries to go 1-0 up in this two-match series ahead of the second Test at Headingley on Friday.

For England, without a permanent head coach following the sacking of Peter Moores and coming off the back of a disappointing 1-1 series draw in the West Indies, this was just the morale boost they needed.

“It’s one of the best matches I’ve ever been involved in,” said England captain Alastair Cook.

“It was just a brilliant, brilliant day,” said Cook, whose hundred on Sunday allied to man-of-the-match Ben Stokes’s fastest-ever Test century at Lord’s helped turn the tide of the game.

New Zealand humiliated England during their run to the World Cup final and were on top in the early stages of this match only to be well-beaten come the finish.

“We got over 730 runs in the Test and still lost by more than 100 runs,” said New Zealand captain Brendon McCullum.

“It’s not every day that happens but we hold our heads high.”

New Zealand were rocked from the outset of their chase, losing both openers for ducks without a run on the board.

New Zealand were still on nought when Stuart Broad’s first ball of the second over had Tom Latham lbw for a golden duck.

For New Zealand, it was all starting to become horribly reminiscent of their last Test at Lord’s, in 2013, when they slumped to 68 all out chasing 239.

The collapse continued when Broad, who took a Test-best seven for 44 against New Zealand at Lord’s two years ago, had Ross Taylor plumb lbw for eight.

New Zealand took the score on to 61 before Stokes, who on Sunday scored the fastest Test century at Lord’s, off just 85 balls, struck twice in two balls.

Kane Williamson, who made 132 in the first innings, fell for 27 when he guided Stokes to Joe Root in the gully.

And next ball McCullum played on to a Stokes inswinger.

Given a roar by the crowd worthy of Ian Botham or Andrew Flintoff, Stokes, the New Zealand-born son of former Kiwi rugby league international Ged Stokes, who came to England as a 12-year-old, charged in again.

But Corey Anderson survived the hat-trick delivery, allowing the ball to pass his stumps.

Deciding attack was the best form of defence, Anderson completed a 44-ball fifty in which 46 of his runs — 10 fours and a six — came in boundaries.

The gritty BJ Watling, whose 59 was his second fifty of the match, and the dashing Anderson (75), kept England at bay during a sixth-wicket stand of 107.

However, both batsmen fell in quick succession to leave New Zealand 174 for seven.

Dangerman Anderson was then lbw to part-time off-spinner Root, with Ravi’s initial decision of ‘out’ seeing the tightest of ‘umpire’s call’ verdicts fall in England’s favour when the batsman reviewed.

New Zealand lost their next two wickets on 198 but, with the draw now their only realistic goal, last man Trent Boult somehow managed to get out playing an attacking upper-cut off Broad as Moeen Ali held a fine catch running back at third man.

Earlier, England were dismissed for 478 after resuming on 429 for six.

England captain Alastair Cook took his overnight 153 not out to 162.

His marathon innings came to an end when he was caught behind off Boult.

The left-handed opener batted for more than nine hours, facing 345 balls including 17 fours.

His exit was the start of a Boult burst that saw the left-arm paceman take four wickets for nine runs in 17 balls for final innings figures of five for 85.