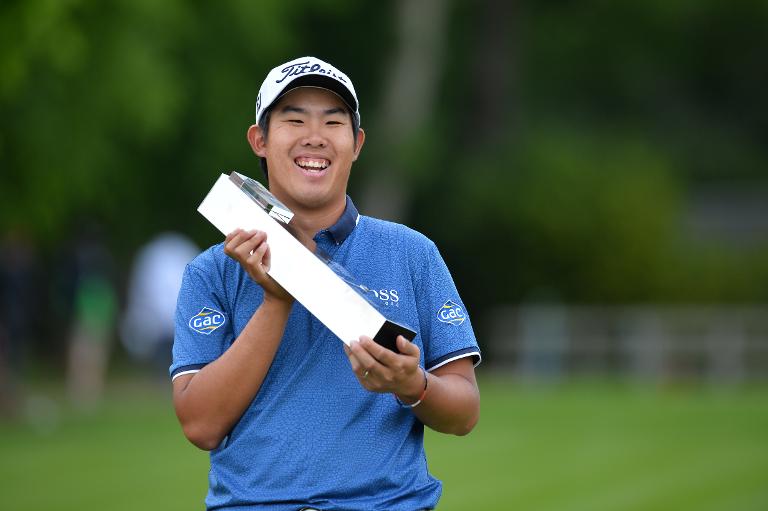 South Korea’s Byeong-hun An has urged Asian players to try their luck on the European Tour after his breakthrough win at Wentworth on Sunday.

An marched to a six-shot win in the Tour’s flagship event, The European PGA Championship at Wentworth and earned himself a three-year exemption in the process.

The 23-year old, who won the US Amateur aged 17 in 2009, is in his first year on the full circuit after spending three seasons on the second-tier Challenge Tour.

He will now be playing at the US Open at Chambers Bay next month and at the British Open at St Andrews in July but he admitted he tried to put thoughts of those invitations to the back of his mind this weekend.

And An is trying to persuade more golfers from Asia to follow his lead and try and make the breakthrough in Europe.

“My friends, who live in Asia or play the Asian Tour, I’m always telling them The European Tour is great,” An told reporters.

“There are a lot of good players and a lot of good events and great courses and some of the places we go, it’s great. I keep telling them it’s a great tour and I think they should come over.

“I tried to not look at those things, what the benefits I’ll get. Try to play the golf I did today, that was my goal. The win was good, definitely, and U.S. Open and The Open is even better but I never thought about those but it’s great to play those events.”

An cut his teeth on the Challenge Tour winning one event in 2014 â€“ in Switzerland â€“ and becoming the first Korean to taste victory at that level.

After his US Amateur win observers had predicted a meteoric rise for the youngster but he insists his time playing the shadow events stood him in good stead when he was in position to win the biggest trophy of his career.

“It evidently did help. I think I could not have done it without playing The Challenge Tour for the last three years – it definitely got me prepared. I played great this year and it got me ready for this big main Tour event and that is definitely part of this win.

“I was playing well, but never thought it was coming. I was dreaming about it, but not in this event, definitely, because there are a lot of good players and my goal is to try to make the cut this week because it’s such a big event and a lot of good players. My goal was definitely to try to win a tour event. But I didn’t know it was going to be this quickly.”