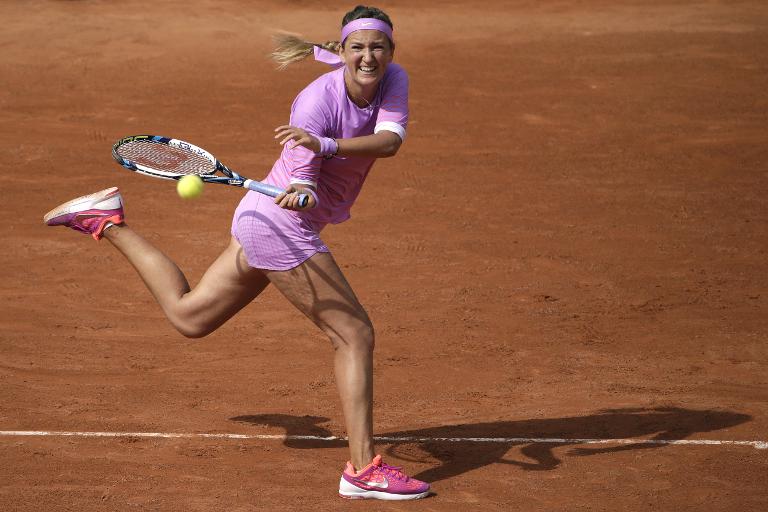 Former world number one Victoria Azarenka marked her return to Roland Garros on Monday by easing past Spain’s Maria-Teresa Torro-Flor 6-2, 6-1 in the first round.

Azarenka missed last year’s clay-court Grand Slam during a season hindered by a foot injury but she is seeded 27 this time around and her class eventually shone through against her tenacious opponent on Court One.

The Belarusian needed just one hour and 19 minutes to get the better of the 131st-ranked Torro-Flor, who started well enough but never recovered from being broken in the fifth game of the first set.

Torro-Flor saved three break points but Azarenka eventually took the game on her fourth opportunity, broke again in game seven and then took the set 6-2 on her first set point when her opponent hit a return out.

Torro-Flor then repelled two break points right at the start of the second set but again Azarenka persisted and converted the third opportunity before losing just one more game as she saw out a comfortable victory.

“It’s never easy to play the first round of a Grand Slam no matter what your ranking is or your position. But it’s important to start the tournament well,” Azarenka said.

“I had an opponent who I didn’t know about and never played against her. For me it was important to just really try to get into the rhythm, get into the tournament, and try to stay focused during the whole match.”

The two-time Australian Open champion Azarenka has also recently battled through a bout of depression that followed a split with her long-term boyfriend as well as a parting of ways from her coach.

When asked how she was feeling now compared with this time 12 months ago, Azarenka replied: “I wasn’t here a year ago. That really explains a lot.

“I wasn’t here last year, and I wasn’t sure when I’m going to be able to play again. Playing and enjoying myself, being on the court is already a very big improvement.

“So I’m happy to be here and playing. I just hope to keep improving myself, you know, and keep getting better.”

Her low seeding has her on a third-round collision course with top seed Serena Williams but first she must get the better of Lucie Hradecka of the Czech Republic in the second round and she insisted that the possibility of a meeting with the American superstar has not even entered her head.

“No, never do,” was her curt response when asked if she had looked ahead in the draw to the prospect of a showdown with the 19-time Grand Slam winner.