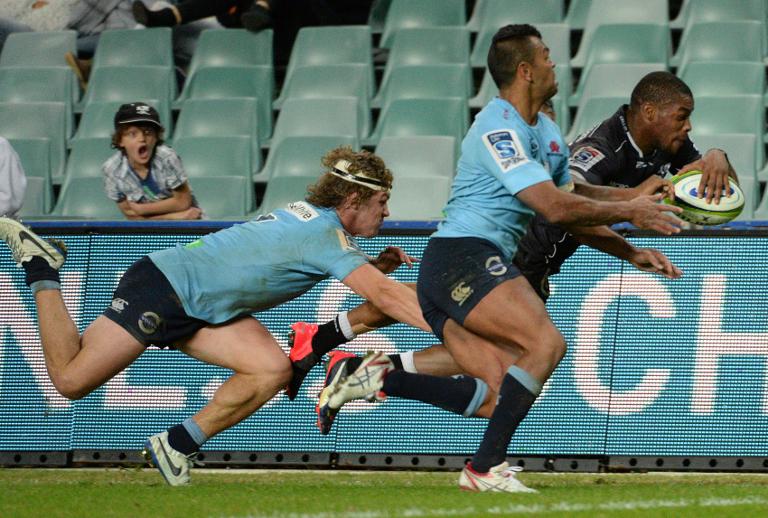 Australia’s NSW Waratahs and South Africa’s Western Stormers jumped to the top of their national conferences as the Wellington Hurricanes qualified for the Super Rugby playoffs this weekend.

The Waratahs leapfrogged the ACT Brumbies to lead the Australia conference after a bonus-point 32-22 win over Canterbury Crusaders that put the New Zealand club on the brink of missing out on the finals for the first time in 14 years.

The Stormers are the new front-runners in the South Africa conference after accounting for Australia’s Melbourne Rebels 31-15 in Cape Town.

The Hurricanes became the first side to confirm a playoff spot when they downed the Blues 29-5 in Auckland to lead the overall championship standings by 16 points with three rounds to play.

The Otago Highlanders are the third New Zealand side in the playoff spots in fifth place after mastering the Western Force 23-3 in Perth.

The Brumbies slipped to sixth after their weekend bye, but South Africa’s Golden Lions nudged to within two points of a playoff spot following their 40-17 win over the Central Cheetahs in Johannesburg.

In the remaining game, South Africa’s Coastal Sharks broke a run of six losing games to finish their Australasian tour with a 21-14 victory over the Queensland Reds in Brisbane.

The defending champions Waratahs won a controversial match in Sydney, scoring four tries to three, with a strong-arm performance over the Crusaders.

Two Waratahs forwards, Will Skelton and Silatolu Latu, were Sunday cited by SANZAR for a lifting tackle on Crusaders lock Sam Whitelock in the first half.

The seven-time Super Rugby champion Crusaders are seven points out of the top six and face the flying Hurricanes next week in Nelson.

Dillyn Leyds scored two tries as the Stormers stayed on track to win the South Africa conference by defeating the Rebels.

The Stormers lead the Lions by two points and the Bulls by three with three league rounds left but three South African derbies lie ahead for the Stormers, who host the Cheetahs and the Lions before tackling the Sharks in Durban.

The Hurricanes claimed their 12th win from 13 games over the Blues and the four tries ensured their ninth bonus point of the season.

The Blues, having a disastrous season and playing through continued uncertainty over the future of coach John Kirwan, have now played 14 games and won just three.

The Chiefs scored five tries to three against the Bulls as a second half brace for Augustine Pulu helped them run away in the second half to cement fourth spot on the ladder.

The Highlanders consolidated their place in the playoff positions with a comprehensive win over Western Force.

Otago dominated territory and possession to score two second-half tries after shading the Force 6-3 at half-time.

A four-try victory kept alive the playoff hopes of a Johannesburg outfit who have exceeded expectations this season in the southern hemisphere inter-provincial championship.

The battle-weary Sharks held on with some help from the Reds to end their four-match tour with a gutsy win.

The Sharks, their playing ranks fully stretched by injuries after a sapping tour, looked under pressure when the Reds pulled to within two points with 30 minutes to go.

But the South Africans were gifted a match-clinching second try to scrum-half Stefan Ungerer, who could not believe his luck late in the game when a poor James O’Connor clearing kick went straight to him just metres out from the try-line, allowing him to amble over and score.