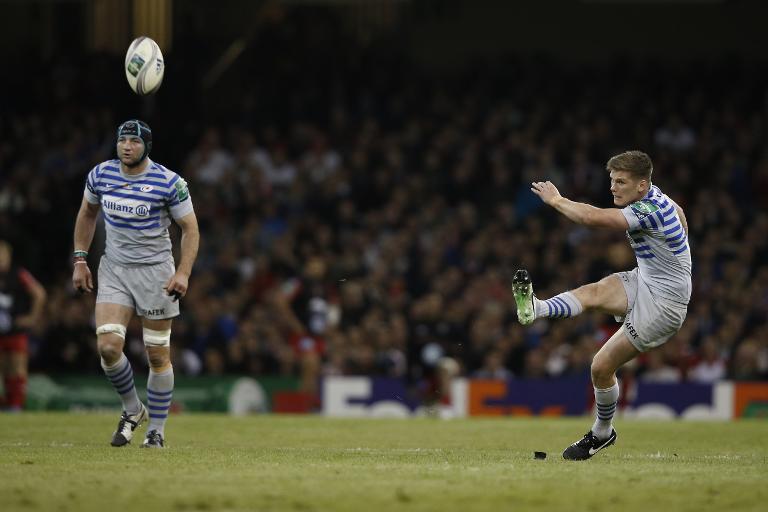 Saracens gained revenge for their defeat by Northampton in last season’s Premiership final with a 29-24 semi-final victory away to the Saints on Saturday.

They will now face Bath in next weekend’s final at Twickenham after the west country club thrashed Leicester 47-10.

A compelling first half between Northampton and Saracens at Franklin’s Gardens ended all square at 13-13 and an increasingly bruising battle up front saw the match being decided by goal-kickers on both sides.

The north London club — who sneaked into the play-offs on points difference — also saw hooker Jamie George score a second-half try, with Northampton flanker Tom Wood crossing for the home side.

Victory saw Saracens become only the fifth away side in 21 play-off semi-finals and they will now play Bath in next week’s final at Twickenham.

Afterwards, Saracens director of rugby Mark McCall said his team had overcome a sickness bug that swept through their squad earlier in the week.

“We had a mass of sickness around the squad this week,” McCall said. “Schalk Brits was in hospital for two days and lost seven or eight kilograms,” McCall said.

“There were 10 other people who had it, but you wouldn’t have known. It was a performance to be proud of.

Saracens’ success was based on a forward-dominated game-plan which led Northampton boss Jim Mallinder to say: “At the breakdown they were physical. Those Vunipola brothers (Mako and Billy)….once they get over the ball their stomachs are touching the ground already.

“It’s near impossible to move them.

“To become champions you have to beat all styles and we didn’t get over this hurdle.”

Saracens went ahead when David Strettle punted the ball behind Northampton’s defence, with team-mate Duncan Taylor the first to the kick before passing to the England wing for a try.

But Northampton, who topped the regular season table, equalised with a penalty try that saw Saracens prop Mako Vunipola sin-binned for collapsing a scrum.

An attritional second half saw Farrell convert George’s try and, although Myler landed a late penalty, Saracens’ defence held firm to give them a hard-won victory.

It was a very different story at the Recreation Ground in Bath where three Matt Banahan tries saw the home side to a commanding win.

Former Ireland scrum-half Peter Stringer, in his final home Bath appearance before joining Sale next season, scored a try 16 minutes from time before Ford, Banahan and Anthony Watson added five-pointers of their own.

Bath were rampant and even losing full-back Watson and No 8 Leroy Houston to sin-binnings within two minutes of each other couldn’t derail their progress to a first Premiership final since 2004, when they lost to Wasps.

“We scored a couple at the end there which probably skewed the score a little bit,” Bath coach Mike Ford, George Ford’s father, told BT Sport.

“I thought our defence was outstanding.”

Leicester were missing several key players and Tigers boss Richard Cockerill said: “I think we’ve worked really hard, and there’s still a lot of quality players missing out of that side.

“It’s been a tough year all round. There’s no disgrace in the result today,” he added.