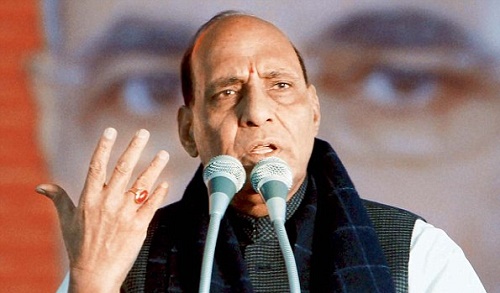 Singh also asked Pakistan to extend all help in tackling terrorism as it was also a victim of the menace.

“It (Pakistan) should extend full cooperation in checking terrorism because the country is facing a similar problem today,” Singh told reporters.

On Pakistan’s strong reaction to Parrikar’s recent remarks about neutralising terrorists through terrorists, Singh said, “Not only India, but the entire world knows who is promoting terrorism.”Â

Reacting to Parrikar’s comments, Adviser to Pakistan Prime Minister on National Security and Foreign Affairs Sartaj Aziz had said it confirmed Islamabad’s apprehensions that India was allegedly involved in terrorism in that country.

“It must be the first time that a minister of an elected government openly advocates use of terrorism in another country on the pretext of preventing terrorism from that country or its non-state actors,” Aziz had said in a statement released by Pakistan’s Ministry of Foreign Affairs.

Parrikar early this week said he would take “proactive steps” to meet any threat to the country, declaring, “you have to neutralise terrorist through terrorist only”.

“FICN is a big problem as fake currency is used to promote terrorism,” he said and asked banks to be alert to that.

The Home Minister said India was taking all steps to fight terrorism.