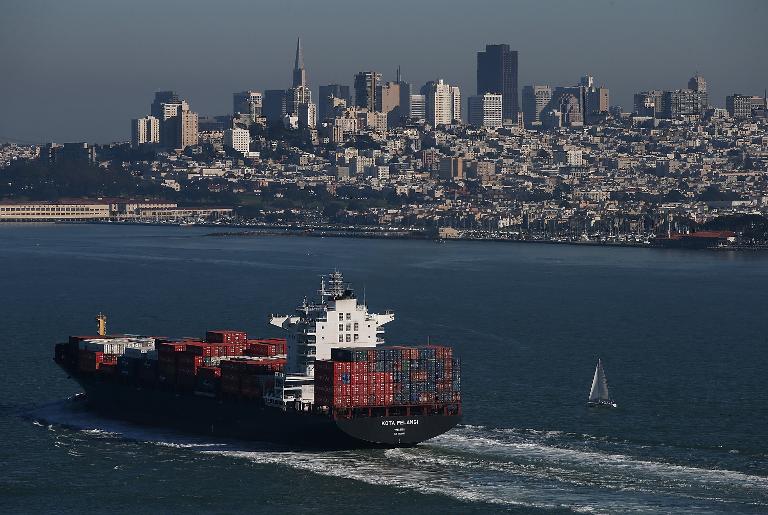 “Our negotiators are working even as we speak, working through issues. We hope to conclude it soon. We are very much in the end-game,” he told reporters.

Asked about a timetable, Froman said: “We agreed to conclude (the TPP talks) the moment that we have an agreement on an ambitious, comprehensive and high-standard agreement.”

“The focus will now shift to the US House of Representatives when they come back from recess and we look forward to working with them to get it passed as soon as possible,” he said at a meeting of trade ministers of the 21-member Asia-Pacific Economic Cooperation forum in the Philippine resort island of Boracay.

He conceded that alleged “currency manipulation” by trade partners was one the divisive issues expected to be discussed in the House.

The United States was seeking to address this issue through the G7, the G20 and the International Monetary Fund.

The US Senate overcame bitter divisions last Friday to pass legislation that gives President Barack Obama authority to swiftly forge international trade pacts, speeding the completion of the TPP which will cover the US and 11 other Asia-Pacific countries.

However the measure faces opposition in the House of Representatives from Obama’s own Democratic party.

The TPP will include some APEC economies like Japan, Canada, Australia and Mexico but exclude others like China.

Froman said the TPP was not “contradictory” to other efforts to create a wider free-trade area in the Asia-Pacific, which is APEC’s stated goal.

“We see TPP as one of the building blocks along with several others that can contribute to a free-trade area in the Asia-Pacific,” Froman said.

Some Chinese analysts and state media have framed the TPP as an attempt to check Beijing’s growing economic clout but Washington has denied this.

APEC trade officials said Sunday they were adopting an agenda to ensure that small and medium-sized businesses benefit from the integration of their economies.

“We recognise that micro, small and medium enterprises are an important force in economic activity, growth, job creation, community resilience and innovation,” said Philippine Trade Secretary Gregory Domingo at the close of the two-day meeting.

Domingo, who chaired the meeting, said the grouping would ensure that global markets would be more accessible to small businesses.

This would be done through streamlining business regulations, cutting trade barriers and red tape and helping these enterprises get more involved in “e-commerce” to ease transactions.