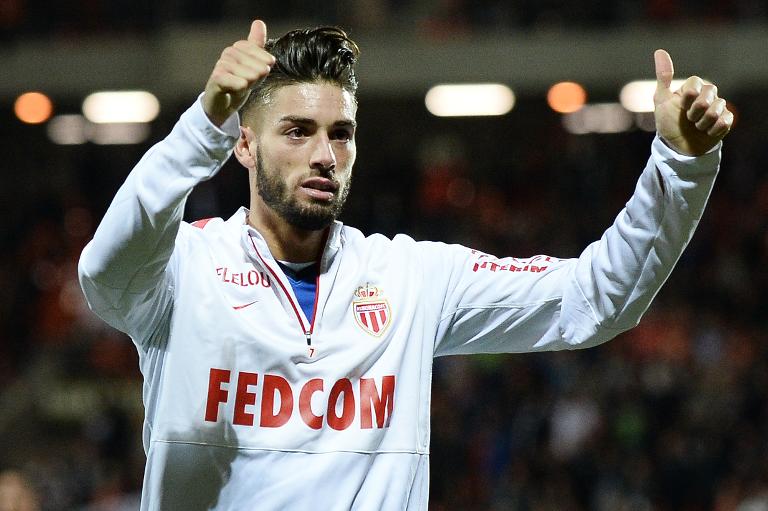 Monaco, locked in a three-way tussle with Saint-Etienne and Marseille, booked the third and final French ticket to next season’s Champions League thanks to a season-closing 1-0 win over Lorient on Saturday.

A first-half goal by Yannick Ferreira Carrasco was enough to help the Principality side clinch a place in the play-offs as they remain third in the table, two points ahead of Marseille and Saint-Etienne.

“I am happy for the players and the fans. Because Monaco showed they were the third best team in France this year. And they proved it on the pitch by going from the bottom of the league to third place,” said Monaco coach Leonardo Jardim.

“I believe it’s well deserved. We did our job well. Without our bad start of the season, we could have been even higher.”

Marseille, with a 3-0 win over Bastia, and Saint-Etienne, who edged Guingamp 2-1, sealed their places in next season’s Europa League play-offs.

Marseille’s game was delayed for 20 minutes just before the start of the second half as fans threw objects on the pitch, leading referee Ruddy Buquet to send the players back into the locker rooms while police forces settled on the sidelines to help control the crowd.

It was nonetheless an emotional game for Marseille’s Andre-Pierre Gignac and Andre Ayew who both will be leaving the South of France giants during the summer.

But it was standout Dimitri Payet who took the spotlight with his seventh goal of the season after just 14 minutes before a Jeremy Morel shot, deflected by Corsica youngster Alexander Djiku, flew into the net five minutes before half-time.

Monaco-loanee Lucas Ocampos added a third goal to seal the deal with a deft run through the Bastia defence.

Meanwhile, freshly-crowned champions Paris Saint-Germain celebrated their latest title triumph with a brace by Edinson Cavani, and a third goal from Adrien Rabiot, to overcome Reims 3-2.

With the French League Cup also under their belt, PSG are still aiming for an unprecedented domestic treble as they tackle second-tier Auxerre in the final of the French Cup on May 30.

A win at the Stade de France for Zlatan Ibrahimovic’s teammates would mean the world for sixth-placed Bordeaux, who would then qualify for the Europa League third qualifying round.

The Girondins got the party going in their new stadium as Diego Rolan, who had already scored the last goal in the old Chaban-Delmas, bagged a brace in his side’s 2-1 victory against Montpellier.

Elsewhere, eighth-placed Lille ended their disappointing season with a 4-1 drubbing of relegation-bound Metz while bottom-of-the-table Lens kissed Ligue 1 goodbye with a 1-0 win over Nantes as Caen eased past Evian 3-2 and Nice toyed with fire in their 3-2 away win at Toulouse.

Clinton Njie struck late for Lyon as the second-placed side beat a lacklustre Rennes 1-0.