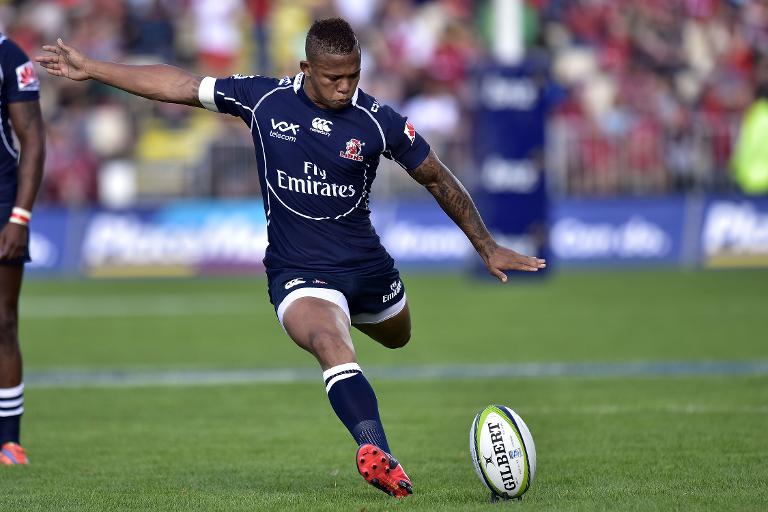 A four-try victory at Free State Stadium kept alive the play-off hopes of a Johannesburg outfit who have exceeded expectations this season in the southern hemisphere inter-provincial championship.

Flawless goal-kicking by fly-half Elton Jantjies, good handling by backs and forwards, and powerful scrummaging were key factors in the comfortable success.

The Lions host the Australian Waratahs next weekend before visiting compatriots Western Stormers in their final league game and two victories could see them through to the knockout stages.

But there was no fairy-tale home ground finale for former Springbok hooker Drotske, who is stepping down this month after nine years guiding the Bloemfontein outfit.

Drotske will lead the Cheetahs for the last time next weekend away to the Stormers before starting a fire-extinguisher business.

The highlight of his long spell in charge was steering the Cheetahs to the Super 15 play-offs two years ago.

And Jantjies was back to his best goal-kicking form, not missing a shot as he slotted four conversions and four penalties for a 20-point contribution.

A penalty from fly-half Francois Brummer gave the hosts a seventh-minute lead that did not last long.

Jantjies kicked two penalties to give the visitors an advantage they never surrendered and Kriel claimed the opening try on 26 minutes after a driving maul off a line-out.

Another Jantjies penalty stretched the lead to 16-3 before the try of the match was scored in first-half stoppage time.

Numerous Lions handled the ball in a sweeping movement before a De Klerk dummy created space for Mapoe to burst through.

A Kriel off-load sent Skosan clear for the third try before the Lions were temporarily reduced to 14 men when hooker Robbie Coetzee was sin-binned for a late, dangerous tackle.

Prinsloo gave Cheetahs supporters a rare opportunity to cheer with the first of his two pushover tries before the Lions got their bonus-point fourth try on 66 minutes.

Powerful running and skilful handling brought the Lions close to the try-line and when De Klerk was held just short, he dotted the ball down with an outstretched hand.