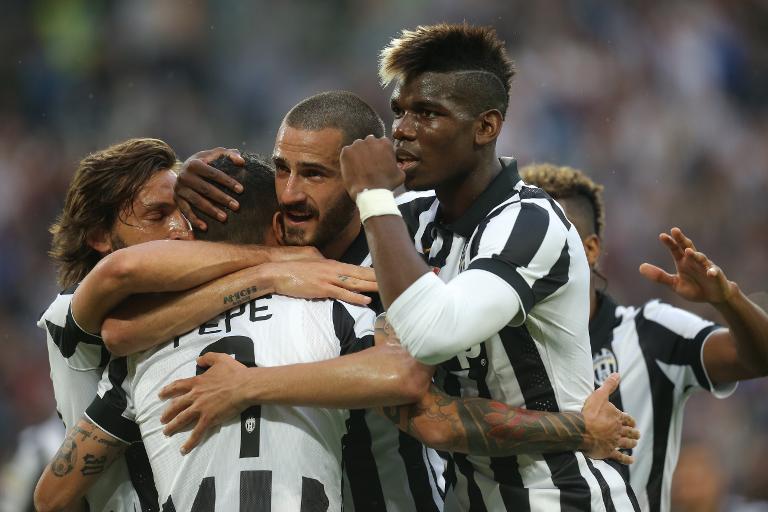 Juventus coach Massimiliano Allegri has warned against the “deadly” ball-passing of Barcelona as the Italian champions turn their focus to the Champions League final following their final home game of the season on Saturday.

The Turin giants welcomed Napoli to Juventus Stadium and after overwhelming Rafael Benitez’s visitors 3-1, offered fans a tickertape celebration three days after securing their first double since 1995 with a 2-1 Cup final victory over Lazio.

Juventus now turn their attention to preparing as best they can for the formidable challenge of beating Barcelona in the final of Europe’s premier club competition in Berlin on June 6.

The Spanish giants start as automatic favourites, and although Allegri has been cautious over Juve’s chances the 48-year-old said the Italians are mentally prepared for the challenge.

“We’ve won the league and Cup so we’ll be going to the (Champions League) final in the right frame of mind, although you only win games out on the pitch, never before,” said Allegri.

Allegri also led AC Milan to their last league title, in 2011, in his first season in charge of the club but saw the Rossoneri exit the Champions League in the last 16 at the hands of Barcelona, 4-2 on aggregate, in 2013.

Facing Luis Enrique’s men in the final in two weeks’ time will be a challenge made more difficult by the the “unpredictable” Lionel Messi and the team’s “deadly” ball-passing.

“When Messi takes the ball he’s always unpredicatable,” added Allegri. “Playing Barcelona is always difficult, we have to be really good because their ball-passing is deadly.

“Defensively, we need to play flawlessly.”

Juventus’s league triumph several weeks ago, however, has allowed the champions the perfect run-in to Berlin.

Napoli travelled to Turin looking for a win that would maintain their hopes of a top three finish and a possible place in next season’s Champions League.

But the carrot of beating what was effectively a second-string Juventus side failed to tempt Napoli, who following a bright start quickly looked out of their depth.

In the end, the visitors finished with ten men after Miguel Britos saw red for headbutting striker Alvaro Morata, who partnered Kingsley Coman up front as Fernando Llorente and Carlos Tevez were both rested alongside Andrea Pirlo, Arturo Vidal and three of Juve’s habitual four-man defence.

As Benitez and his team continued to boycott media, Allegri said his players’ performance had given him reassurances ahead of meeting Barcelona.

“The lads are in good condition and played well, especially after the interval. They could have been a bit less fanciful, but I’m not going to blame them for that,” said Allegri.

Juventus opened the scoring through Roberto Pereyra on 13 minutes and despite David Lopez levelling for the visitors when he smashed home the rebound after Gianluigi Buffon saved a penalty from Lorenzo Insigne, Juventus were unstoppable.

Stefano Sturaro scored a great individual goal to restore Juve’s lead on 77 minutes and at the death Napoli self-imploded.

Britos saw red for a clear headbutt on Morata in the area, and second-half substitute Simone Pepe stepped up to smash the resulting penalty past Mariano Andujar.

Napoli’s defeat means Lazio, who sit three points ahead in third place, now require only a point from the city derby against Roma on Monday to make sure of at least a third place finish to claim the league’s final Champions League spot.

Even if the Azzurri upset predictions and finish among the top three, Benitez already looks to have planned his future elsewhere.

The Spaniard is rumoured to have already agreed in principle to take over at Real Madrid after Carlo Ancelotti’s failure to lead the 10-time European champions into the Champions League final following an aggregate defeat to Juve.