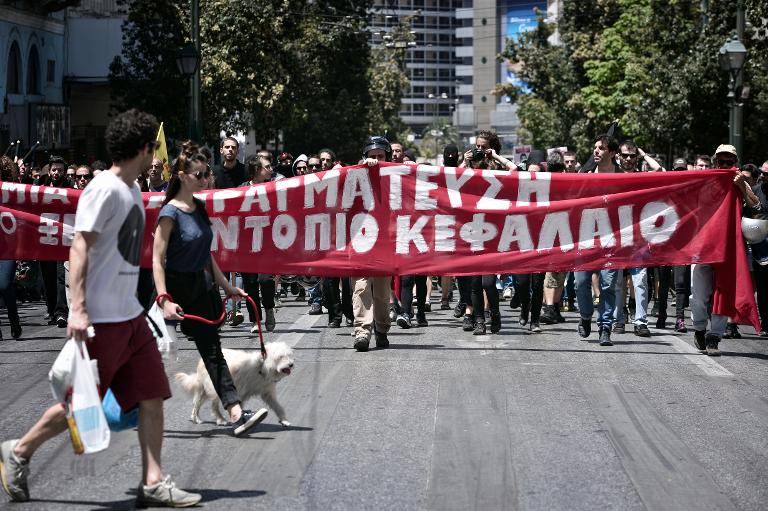 Cash-strapped Greeks remain supportive of the leftist government’s tough negotiating style, according to a new poll published Sunday, but hope for a deal with creditors that will keep the euro in their wallets.

The poll conducted in May by Public Issue for the pro-government newspaper Avgi, shows 54 percent backing the Syriza-led government’s handling of the negotiations despite the tension with Greece’s international lenders.

The Syriza-led government is locked in talks with the European Union, European Central Bank and the International Monetary Fund to release a blocked final 7.2-billion-euro ($7.9 billon) tranche of its 240-billion-euro bailout.

In exchange for the aid, creditors are demanding Greece accept tough reforms and spending cuts that anti-austerity Syriza pledged to reject when it was elected in January.

According to reports, creditors are demanding further budget cuts worth five billion euros including pension cuts and mass lay-offs.

Greece faces a series of debt repayments beginning next month seen as all but impossible to meet without the blocked bailout funds. Failure to honour those payments could result in default, raising the spectre of a possible exit from the euro.

That is a scenario Greeks hope to avert, with 71 percent of those polled wanting to keep the euro while 68 percent said a return to the drachma could worsen the economic situation.