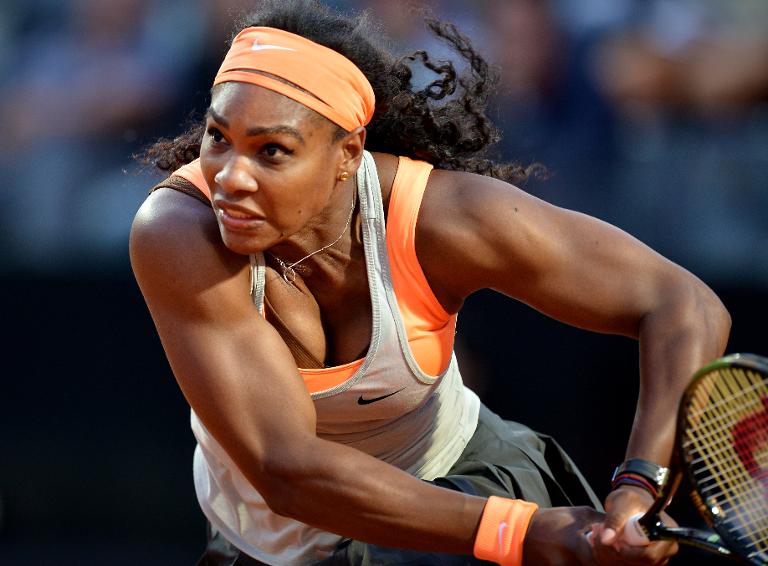 The two biggest names and highest earners in women’s sport will set off on another collision course when the French Open gets underway at Roland Garros on Sunday.

Serena Williams is a 19-time Grand Slam winner, at 33 still the undisputed queen of tennis and the top seed.

Maria Sharapova has won two out of the last three titles in Paris, including last year, and at 28 is in the prime of her glittering and lucrative career.

Should the seedings hold firm and the American plays the Russian in the final on June 6, however, past experience points to there being only one winner.

Williams has not lost to Sharapova since 2004 and leads their head-to-heads by an astounding 17-2, the last of these coming in the Australian Open final at the start of the year.

The outcome was the same in 2013 when the pair met for the first, and to date only time, in the French Open final leaving Sharapova no doubt hoping that someone can do her a huge favour by downing Williams in the early rounds as did Spain’s Garbine Muguruza last year.

Still, Sharapova believes she is hitting form at the right time and fancies her chances on clay, Williams’ least-favourite surface.

“I guess to be in this position I think for many, including myself, the transition I made on the clay courts to become a two-time French Open champion has been, you know, a big surprise and really incredible achievement personally for me,” she said Friday.

“Because I was able to take something that was a big weakness of mine and make it into one of my strengths.”

An upset early on for Williams is not out of the question as she has been vulnerable in the past on the Paris clay and, after losing her 27-match unbeaten run in the semi-finals of the Madrid Open earlier this month, she subsequently withdrew from the Italian Open with a sore elbow.

The arm injury is getting better, she said Friday, but it is still a concern.

“Yeah, the elbow it’s the same. I was worried about it, but lately I have been really getting some really good treatment that has been able to alleviate it and make the symptoms go down substantially,” she said.

“So I feel a lot better going forward in the tournament and just getting through it.”

Williams will have motivation in full as her win in Melbourne was her 19th Grand Slam singles title, just three shy of the Open-era record of 22 set by Steffi Graf.

It would also leave her halfway to becoming just the fourth woman to achieve the fabled calendar-year Grand Slam after Graf (1988), Margaret Court (1970) and Maureen Connolly (1953).

Williams and Sharapova will start as strong favourites to reach the final, but there are players in the draw who could derail them.

Romanian Simona Halep made the final last year and took Sharapova all the way, Petra Kvitova is the reigning Wimbledon champion who is returning to form after a bout of exhaustion and Caroline Wozniacki is enjoying a return to form that followed on from her run into the US Open final last September.

There is also much interest in the performances of two former golden girls — Victoria Azarenka and Eugenie Bouchard.

Belarusian Azarenka was seen as the heir apparent to Williams in 2013 when she won her second Australian Open title and took the world number one spot.

But all that ground to a halt last year when her form collapsed due to injury and a bout of depression and she has gradually been clawing her way back up the world rankings this year.

Bouchard was the outstanding newcomer of 2014 reaching the final of Wimbledon and the semi-finals of the Australian and French Open at just 20 years old.

Grand Slam success looked sure to follow, but this year she has found it hard to string two match wins together after reaching the quarter-finals in Melbourne.