Home Science & Tech Put your hands together for â€˜Anti-Smartphoneâ€™ 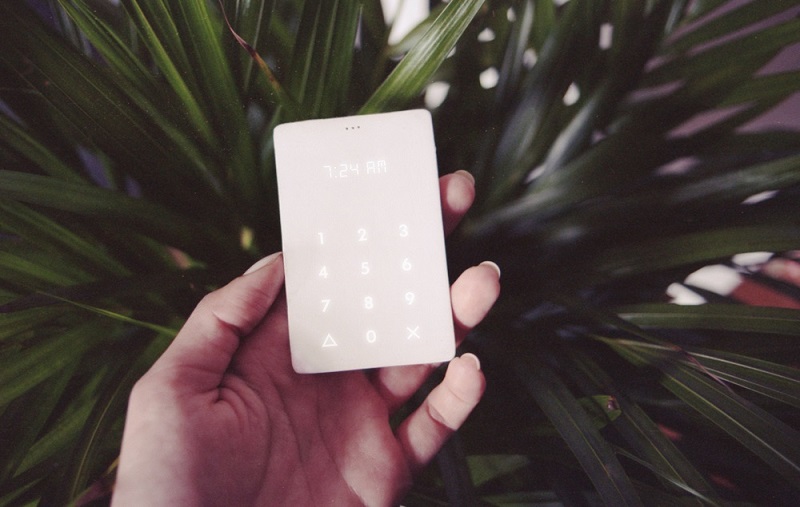 New Delhi: A beep here, a vibration there, emails pouring in at the speed of light, social media tentacles grabbing you every minute of every day â€“ such is the life with a smartphone.

But do you want to get rid of this habit?Â  Wait, there is a phone for you then. A phone away from phone. Yes, you heard it right. The phone will solve only your basic criteria â€“ call and text.

A New York-based team has created the Light Phone â€“ a device which they claim is the â€˜anti-smartphoneâ€™.

Currently a Kickstarter project, the credit-card-sized handset only makes and takes calls, apart from texting, allowing you to free yourself from all the temptations a smartphone presents and enabling you to engage more with your immediate environment.

Yes, itâ€™s a phone with so little functionality that hooking up with friends may actually result in distraction-free encounters featuring eye contact and other direct interaction

Created by product design developer Kaiwei Tang and artist/designer Joe Hollier, the elegant-looking Light Phone is only is 3.4 inches x 2.0 inches and lasts 20 days on a single charge.

Described as â€˜your phone away from phoneâ€™, the Light Phone can hold up to 10 speed dial numbers. The display is dot matrix LED allowing it to light up in the dark and it weights just 36.5gm.

By stripping back the features, the inventors say owners of the Light Phone won’t be obsessed with checking their phones constantly.

â€œWe have stripped away everything but the phone itself, the only essential connection that the user needs. The phone is packaged into a smarter design with an interface that respects the user with its simplicity.â€

The device comes pre-loaded with 500 minutes, a SIM card, and an app to connect it to an existing smartphone. The Light Phone can also be paired with another smartphone to use at a backup in situations where power is hard to come by.

With more than a month to go, the Light Phone is 85% funded on Kickstarter and will cost you $100. The phone will be available from May 2016.