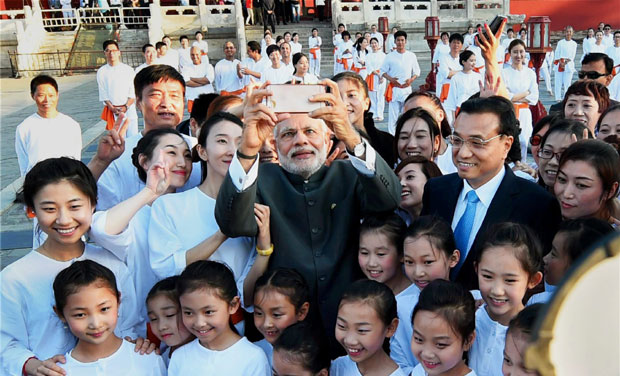 New Delhi: From being dubbed a master communicator even before he came into power last year, to communicating the government’s thinking and its achievements via social media, which is under scanner at all times and where every error is seen as a blunder, he still remains anÂ unchallenged champion.

Twittersphere (12.4mn followers), Vibersphere (850k followers) and Instaverse (482k followers) -Â Modi is omnipotent. There are no spheres or universes left in the social media where Prime Minister Narendra Modi has not stamped his authority.

Modi also streams his speech and other important events on his website live. Modi lovers get to see and hear him in his true avatar, without the Television anchors trying to comment on everything he does. He puts up his campaign schedule online for everyone to see.

The Prime Minister is undoubtedly a social media wizard.