Home Sports Molinari and An tied for PGA Championship lead 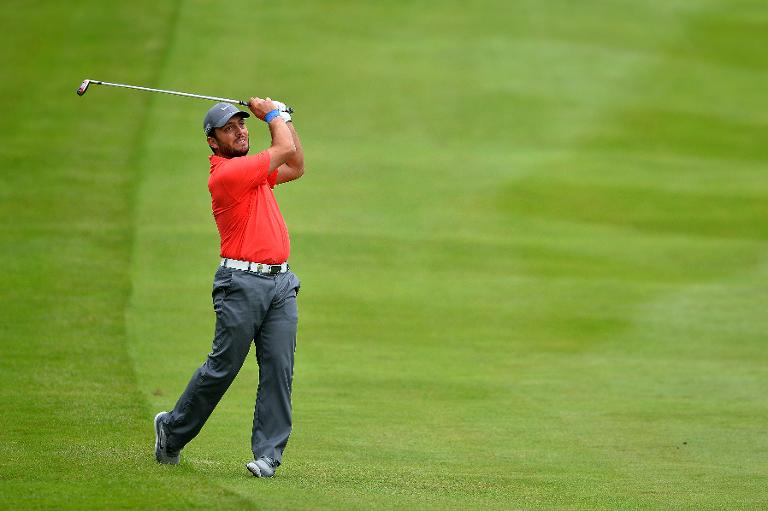 Italy’s Francesco Molinari and South Korean Byeong-hun An share the lead going into Sunday’s final round of the European PGA Championship at Wentworth.

An, 23, sunk back to back birdies late in his third round on Saturday to match his partner’s 14 under par total, on a day when spectacular shots ignited the old course.

Relatively unknown Englishman Tommy Fleetwood produced the first albatross of his career, and only the third in the tournament’s history, at the par five fourth hole while veteran Spaniard Miguel Angel Jimenez made the tenth hole-in-one of his European Tour career.

Jimenez, 51, did it at the par three second hole.

It was the third time he has achieved it in 2015 and he now holds the European Tour record for holes-in-one by a single player.

Jimenez finished on 10 under and still in contention for the big prize with seven players within six shots of the leaders.

Molinari, 32, looked to have taken a grip on the tournament when he moved to 15 under by the 13th hole having surged clear with five birdies.

But he dropped a shot at the next and was unable to maintain his momentum, and failed to birdie either of the two final par five finishing holes.

The ice-cool Italian did remain calm to sink crucial par putts while An, 23, refused to buckle under the pressure and if anything finished the stronger in the later afternoon sunshine.

Unlike Molinari, he did manage to pick up shots at the inviting 17th and 18th holes to ensure the pair will go head to head on Sunday.

Molinari said: “It is nice to be still at the top of the leaderboard going into the final round but it could have been a lot better. I am disappointed because I made a good start but left a lot of shots out there on the back nine.”

Thailand’s Thongchair Jaidee posted a 68 to lie two shots back and then Fleetwood was the toast of Wentworth with his incredible albatross in a magnificent 65 which has put him in with a chance of victory.

It could have been an even better round but he missed a putt on the final hole for another birdie. However, he and the spectators witnessed his fairway iron on the 552-yard par five fourth bounce roll into the hole.

He made a mockery of the hole and so did his playing partner, Frenchman Victor Dubuisson who eagled it but walked off well and truly overshadowed by his rival.

Fleetwood said: “You always think that one day you might get an albatross but to do so in a huge tournament like this one makes it extra special.

“I hit the iron perfectly and the crowd went crazy when it went in the hole. I just had to keep calm after that, and I was pleased with the round even if I didn’t play as well as I could have.”

Jimenez also had the fans roaring loud with a hole in one at the par three second hole. The ball spinning back into the hole and the popular 51-year-old Spaniard did his customary old gunslinger celebration, removing his trademark sun glasses and smiling broadly.

He then birdied the next but failed to build on the stunning start, faltering later in his round with bogies at 14 and 15 before a birdie at the last puts him right in the picture.

Swede Alex Noren, who loves this course, is also in the hunt a shot back following a 68 while Irishman Shane Lowry’s 67 also gives him a shout on 8 under.

English duo Justin Rose and Luke Donald are well off the pace. Rose had another disappointing day, carding a 71 for two under and out of contention. And Donald had an even worse day with a 77 for one over for the tournament.