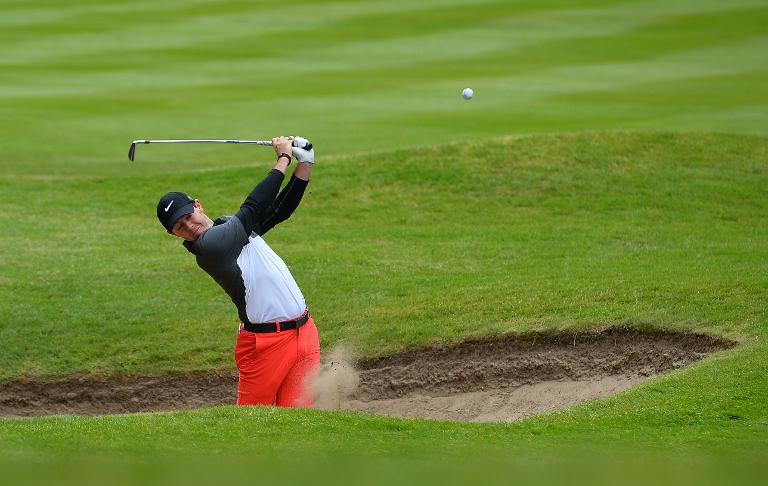 Rory McIlroy insisted he would not be too hard on himself after crashing out of the European PGA Championship at Wentworth on Friday.

McIlroy missed the cut after collapsing to a six-over par second round 78 â€“ only the third time in 45 events he has failed to make the weekend.

With the world number one out of the equation Italy’s Francesco Molinari takes a one-shot lead into the weekend after adding a 69 to his first round 65 for a two-round total of 134, 10-under par.

Korea’s Byeong Hun An, the US Amateur winner in 2009, made the most significant jump up the leader board with a second-day 64 to leave himself a shot off Molinari’s mark.

An could have tied for the lead but after finding sand off the tee on the par-5 18th he took three to get down from short of the green.

Argentinaâ€™s Emiliano Grillo and Thongchai Jaidee of Thailand are on 8-under, two off the lead, with England’s James Morrison a further shot back one ahead of Miguel Angel Jimenez and Robert Karlsson.

But McIlroy’s shock exit dominated the day at the European Tour’s flagship event which he won last year.

McIlory, who was one-under par overnight, had a nightmare day, missing seven fairways off the tee and finishing with a two-round total of 149, five-over par.

“I’m not angry,” McIlroy told reporters. “A little disappointed I’m not going to be here for the weekend, but if there was any weekend to miss, coming off the back of three good weeks in the States, I’m probably in need of a little bit of a rest.

“As I said, I’d still rather be here but it’s not all bad getting to go home for the weekend.

“Any time you’re defending a title, you want to come back and give it a valiant effort. This week wasn’t really that. I will just dust myself off and get ready for next week at The Irish Open,” continued the Ulsterman.

“I’m not going to read too much into it. It was inevitable at some point that the run was going to come to a bit of an end. I’m sort of back to my usual at Wentworth. It wasn’t great before I won last year and it hasn’t been great after. It is what it is.

“I’d much rather be here for the weekend and try to win another tournament. If anything good comes out of this, it’s just that I get a little bit of a rest over the next couple of days, and feel a bit fresher for what’s going to be a really big week for me next week.”

McIlroy’s day started badly with bogeys at the third and sixth holes and with his errant driving limiting his birdie chances he was struggling to make any impact.

He dropped four shots in four holes from the 10th, making a double bogey six at the 11th and his round was summed up at the par-5 18th.

The Northern Irishman found a poor lie in the rough off the tee, hacked out just short of the water guarding the green and chipped up to the putting surface.

But a sloppy first putt left him a tricky six-footer to save par and when that missed he signed for a 78.

McIlroy was the hot favourite for this tournament when he arrived here with two wins in America this season and one in Dubai already in the locker.