Home World Iraq claws back land from IS near Ramadi 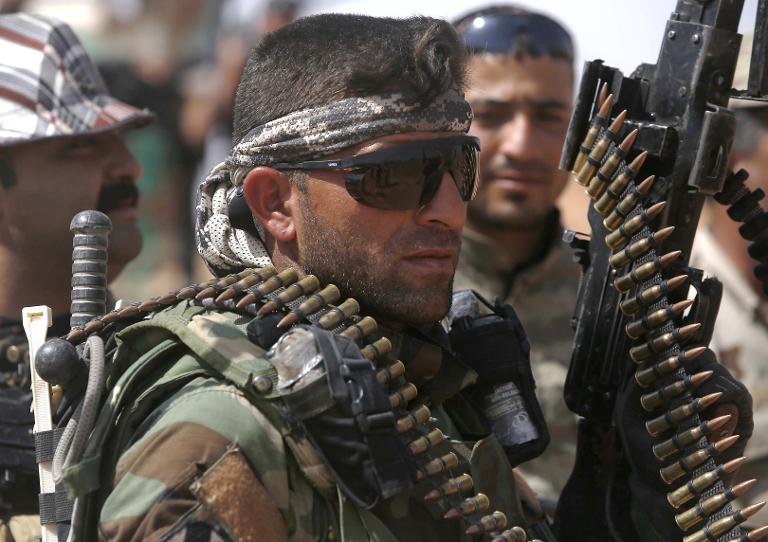 Iraqi forces retook territory from the Islamic State group east of Ramadi Saturday, commanders said, in their first counterattack since the jihadists’ capture of the Anbar provincial capital last week.

In Iraq, a mosaic of anti-IS forces have massed in the Euphrates Valley to ready for an offensive aimed at turning the tide on the rampant jihadists.

The May 17 takeover of Ramadi was Baghdad’s worst defeat in almost a year, while the capture three days later of the historic Syrian city of Palmyra has put its archaeological treasures in peril and positioned IS for a possible drive on Damascus.

Security officials said an operation was launched early Saturday to retake Husaybah, a town seven kilometres (4.5 miles) east of Ramadi in the Euphrates Valley, that IS had seized earlier in the week.

“The Husaybah area is now under full control and the forces are now advancing to liberate neighbouring Jweibah,” a police colonel told AFP from the front.

The area’s most prominent Sunni tribal leader, Sheikh Rafia Abdelkarim al-Fahdawi, deployed his forces, whose knowledge of the terrain is key, alongside fighters from the Hashed al-Shaabi, an umbrella for Shiite militia and volunteers.

Swift action was seen as essential to prevent IS from laying booby traps across Ramadi, which would make any advance in the city more risky and complicated.

But government and allied forces were also keen to prevent further losses as IS used its momentum after seizing Ramadi to take more land to the east of the city.

“What happened in Anbar is very similar to what happened last year in Diyala, Mosul and Salaheddin,” said Ahmed al-Assadi, spokesman of the Hashed al-Shaabi (popular mobilisation).

He was referring to the debacle of security forces when IS-led fighters swept across Iraq’s Sunni Arab heartland in June last year, bringing Iraq to the brink of collapse.

Some Iraqi forces were criticised for avoiding battle during the fall of Ramadi, which led Prime Minister Haider al-Abadi to call in the Hashed al-Shaabi.

He and Washington had opposed the mass deployment in the Sunni province of Anbar of militia groups with direct ties to Iran and a dubious human rights record.

However, the strategy of US-led coalition air strikes while the security apparatus gets revamped has failed to keep up with the pace of IS advances.

Washington tried to remain upbeat after the loss of Ramadi and Palmyra, playing down the IS advance as tactical setbacks.

The jihadists, who now control roughly half of Syria, reinforced their self-declared transfrontier “caliphate” by seizing Syria’s Al-Tanaf crossing on the Damascus-Baghdad highway late Thursday.

Fabrice Balanche, a French expert on Syria, said “IS now dominates central Syria, a crossroads of primary importance” that could allow it to advance towards the capital and third city Homs.

They broke some plaster statues but most of the antiquities in the museum had been moved before the jihadists took over the area.

The IS advance in both countries forced tens of thousands of civilians from their homes, sparking humanitarian concerns.

Prominent Iraqi Sunni politician Saleh Mutlaq echoed calls from relief organisations for the authorities to open a bridge where thousands of displaced people have been waiting to reach safer provinces.

“The constitution does not allow anyone to forbid a citizen from entering any province,” he said at a conference in Jordan.

IS on Friday also demonstrated its ability to strike beyond the heart of its “caliphate” when for the first time it claimed an attack in Saudi Arabia.

The suicide bombing, targeting Shiite worshippers at the main weekly Muslim prayers in Qatif, in the east of the kingdom, killed 21 people and wounded 81, Saudi authorities said.

The UN Security Council reacted by stressing IS “must be defeated and that the intolerance, violence and hatred it espouses must be stamped out”.

In Syria, despite a series of regime losses, President Bashar al-Assad saluted the “heroism” of some 150 soldiers and their families who escaped an almost month-long rebel siege of a hospital.

The group had been besieged inside the building in Jisr al-Shughur since the town in northwestern Syria fell to rebels including Al-Qaeda’s local affiliate, on April 25.

On Friday, most of those inside managed to escape just as rebel forces overran the hospital.