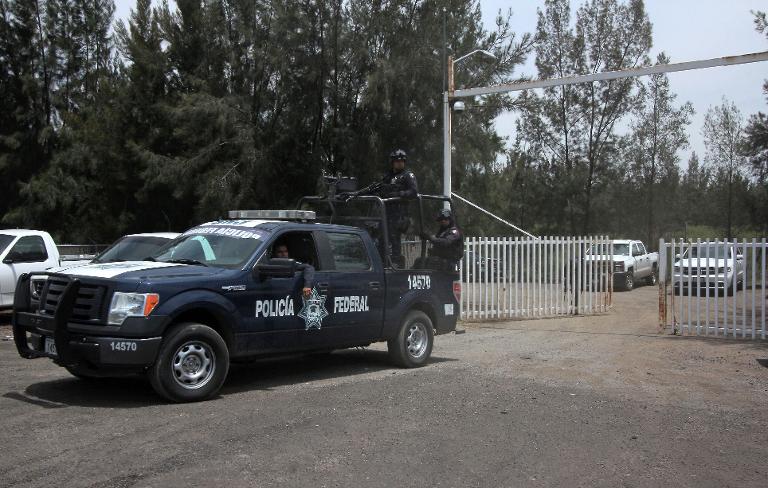 Mexican federal forces killed at least 42 suspected cartel members Friday during a three-hour gunfight on a ranch in a violence-torn western region, marking one of the drug war’s bloodiest battles.

Only one federal police officer was killed in the operation, which authorities launched after learning that “armed criminals” were occupying the ranch in Tanhuato, Michoacan state, near the neighboring state of Jalisco, officials said.

Rubido said the death toll was a “preliminary figure,” suggesting the number could rise as investigators comb the vast property.

While he did not name the gang by name, Rubido said it was based in Jalisco, home of the New Generation drug cartel, a powerful heavily armed group that has become the top target of President Enrique Pena Nieto’s administration.

The cartel, which has links to gangs as far away as Asia and trafficks drugs to the United States, has taken Mexican authorities head-on this year, killing 20 police officers in two ambushes in March and April.

On May 1, the government launched Operation Jalisco against the cartel. That same day, the gang killed seven troops and a policewoman when they downed a military helicopter with a rocket-propelled grenade.

Friday’s clash began when troops and police spotted a carload of gunmen, who shot at the security forces and fled into the ranch, Rubido told reporters.

“Warned about the presence of federal forces, the rest of the suspected criminals who occupied the property began to attack our comrades with intensity,” he said.

“The clash went on sporadically for about three hours, in at least three points in the property,” Rubido said, adding that a federal police helicopter was called in to back up the land forces.

The suspects dispersed into fields, “which complicated the operation,” Rubido said, noting that the ranch measures 112 hectares (276 acres) and includes a house and a warehouse.

The warehouse and six vehicles burned during the gunfight.

Explaining the lopsided death toll, Rubido said the authorities avoided more casualties on their side “thanks to the training and equipment of federal forces that participated in the actions.”

Last year, the army avoided casualties in a clash that left 22 gang suspects dead in central Mexico, an outcome that raised suspicions. Three soldiers were later charged with murdering some of the suspects.

Rubido said state and national human rights officials were at the ranch to investigate the gunfight.

Officials seized 36 assault rifles, a rocket launcher and a powerful .50-caliber rifle, along with a number of cartridges.

Some 500 federal police and troops were guarding the El Sol ranch following the morning clash.

Michoacan and Jalisco have endured some of the worst violence in a drug war that began to escalate in 2006, when the government deployed troops to combat cartels.

More than 80,000 people have been killed and another 22,000 gone missing nationwide in the past nine years.

The western region poses one of the toughest security challenges facing Pena Nieto since he took office in December 2012.

Tanhuato is a short drive from the Jalisco town of La Barca, where 64 bodies were unearthed from mass graves in 2013.

Tanhuato is also near Yurecuaro, a Michoacan town where a former vigilante leader who was running for mayor was shot dead during a campaign event last week.

The Yurecuaro candidate, Enrique Hernandez of the leftist Morena party, was killed by gunmen in a vehicle, while three people were wounded.

Farmers formed vigilante forces in Michoacan in 2013 to drive out the Knights Templar drug cartel, which fought the New Generation but has been weakened by arrests of its top leaders.