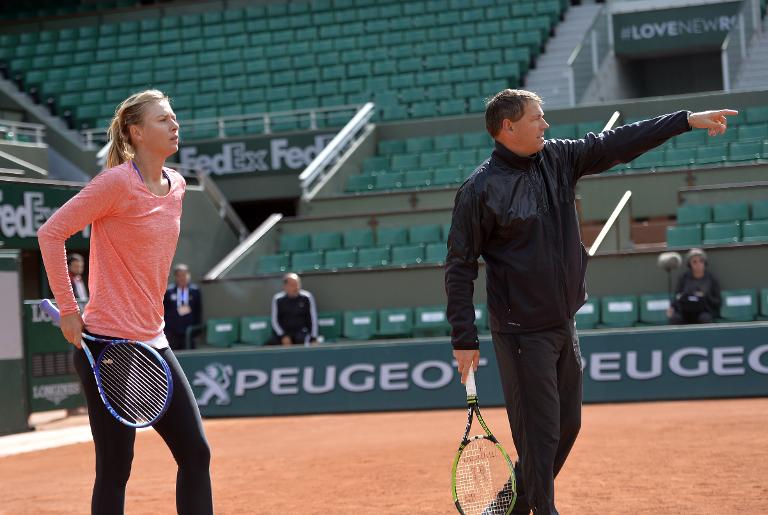 Women’s form guide ahead of the French Open which starts in Paris on Sunday:

The American superstar will start as favourite for a third French Open title that would put her halfway to becoming just the fourth woman to win all four Grand Slam titles in the same year, having won the Australian title four months ago to spark a superb 27-match unbeaten run. That period of domination ended at the hands of Wimbledon champion Petra Kvitova in the semi-finals of the Madrid Open followed by a withdrawal in Rome the following week with a sore elbow that is still bothering her. That was her second injury-shortened tournament this year after a painful knee stopped her at Indian Wells. Was sent packing in the second round last year in Paris as defending champion. Already has 19 Grand Slam titles to her name.

The defending champion has reached the last three finals in Paris winning twice and losing in the 2013 final and she has the game and experience to win again —- as long as someone else takes care of Serena Williams who beat her in 2013 and who has not lost to the Russian since 2004. The American leads 17-2 in their head-to-heads. Also lost to Williams in the Australian Open final and since then her form has been mixed with disappointing showings at Indian Wells and Miami followed up by a run into the semi-finals in Madrid and a tournament triumph on clay in Rome last weekend.

Last year’s beaten finalist reached the last eight in Australia before a superb run of form saw her win back-to-back-titles in Dubai and Indian Wells before losing in three sets to Serena Williams in the Miami semis. Has yet to find her best form on clay though with a semi-final loss to Caroline Wozniacki in Stuttgart followed by a first round shocker loss to France’s Alize Cornet in Madrid and a run into the semis in Rome.

The Wimbledon champion has failed to get to grips with the Paris clay to date with a just a semi-final appearance in 2012 to her name. The powerful Czech struggled early on this year bowing out in the third round in Australia before exhaustion forced her to pull out of both Indian Wells and Miami. Her return to competition after two months on the sidelines lasted just one match in Stuttgart before she bounced back impressively on clay the following week to win in Madrid — inflicting a first loss of the year on Serena Williams in the semis.

Still only 24, the former world number one has carried on from her run into the US Open final last September with a string of good results in 2015. The Dane won the Kuala Lumpur tournament in early March, but then disappointed at both Indian Wells and Miami. She then bounced back as the claycourt season got underway reaching the final in Stuttgart where she lost to Angelique Kerber and the last eight in Madrid where she lost in three sets to Sharapova. Still looking for her first Grand Slam title.

The two-time Australian Open winner is the biggest question mark for Roland Garros as she strives to rebuild her career after injury and depression wrecked her game last year. She made the fourth round in Melbourne before she reached the final in Doha, losing to Lucie Safarova. Failed to get past the third round in Indian Wells and Miami but then took Serena Williams all the way to a third-set tie-breaker in the Madrid third round. Needs to build further on her confidence in the early rounds in Paris where she could be vulnerable.

Currently mired in a startling loss of form totally different to last year when she emerged as potentially a multiple Grand Sam winner with a spot in the Wimbledon final and the semi-finals at the Australian and French Opens. Started the year well enough by reaching the quarter-finals in Australia, but then lost seven of her next nine matches through to a first round loss in Madrid. Crashed out in the last 16 in Rome as the slump continued.