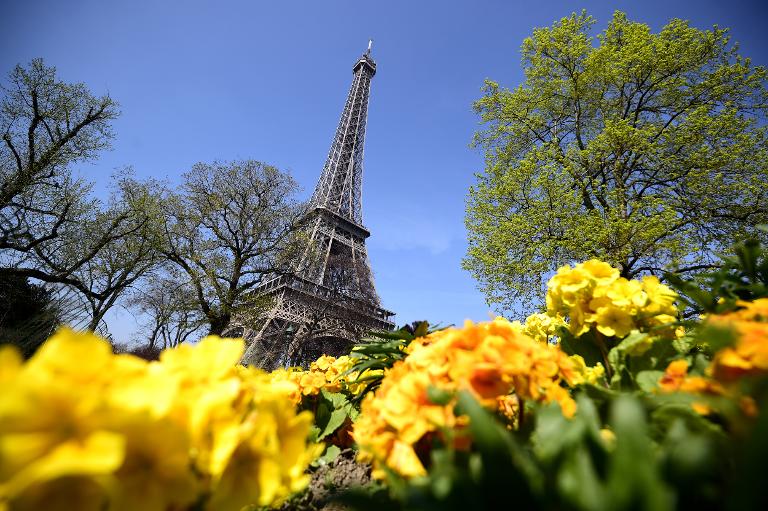 Paris’s iconic Eiffel Tower was shut to tourists for several hours on Friday as staff walked off the job to protest a surge in gangs of pickpockets roaming around the monument.

The closure of one of the busiest tourist attractions in the French capital ahead of a long holiday weekend recalled a similar strike at the Louvre museum in 2013 as staff protested against the often violent pickpockets stalking the halls of the palace.

Workers at the 126-year-old iron lattice tower — a glittering symbol of Paris — finally went back to work at around 4:00 pm (1400 GMT), after hundreds of disappointed tourists were turned away throughout the day.

The workers said in a statement they had chosen to down tools due to an “increase in pickpockets around the Eiffel Tower and several threats and assaults.”

The pickpockets “form a gang of 4/5 people. Sometimes there can be around 30” at the monument, one of the striking workers told AFP, on condition of anonymity, adding that sometimes they “fight among themselves.”

Another said he had been threatened while chasing away a pickpocket: “He said to me ‘why don’t you let us work… if this continues you will have problems’.'”

The statement from the workers said they want “formal guarantees from management that lasting and effective measures will be taken to end this scourge to which numerous tourists fall victim every day.”

No details were given about the agreement which saw workers return to their posts in the late afternoon.

The closure of the monument, which attracts some seven million tourists a year, left hundreds of visitors disappointed.

“It might be the only chance for my brother to visit the tower,” said a dejected Tushar Kardile from London, who was visiting with his brother from India.

“We had booked reserved tickets. We are quite disappointed,” he told AFP.

“They have every right to go on strike. But they should warn the public in advance.”

Elena Sofronova from Russia said: “They just told us that they were on strike. We came here for our son’s sixth birthday. He is a bit disappointed.”

The company charged with overseeing the management of the monument said in a statement it “regrets that visitors already present are being punished.”

It said management was working with police to take measures “guaranteeing the security of staff and public.”

Back in April 2013 hundreds of tourists were left disappointed when the Louvre — home to works of art such as the Mona Lisa and Venus de Milo — shut its doors after staff complained of being spat at, insulted and even hit by pickpockets.

Extra police were sent to patrol the museum, which has about 10 million visitors annually.

Paris, which received 22 million visitors in 2014 according to city figures, is one of the world’s top tourist destinations and a mecca for tricksters and pickpockets.

Particularly targeted are Asian tourists, due to a rise in wealthy travellers from countries such as China.

The Liberation newspaper reported on Friday that some 26,000 police and municipal agents would be deployed onto the streets of Paris this summer to deal with pickpockets.

Paris police chief Bernard Boucault was reported as saying that a dedicated plan put in place in the summer of 2013 — June to August in Europe — had led to a 10 percent decrease in thefts accompanied with violence.