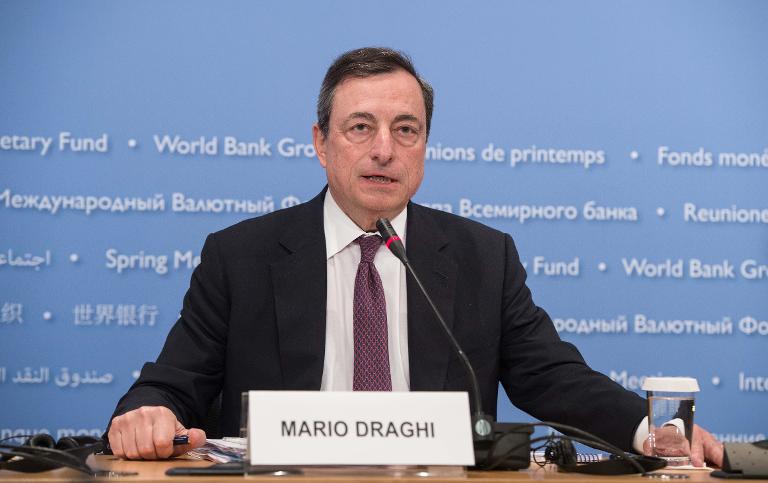 European Central Bank President Mario Draghi on Saturday said it was time for eurozone governments to launch reforms, warning that growing structural differences were dangerous for the monetary union.

“There is not going to be a better moment than now to make reforms,” Draghi told central bankers and economists at a forum held in the historic Portuguese city of Sintra.

At the opening of the ECB-organised forum on Friday Draghi had noted that the economic outlook for the euro area was “brighter today than it has been for seven long years.”

The ECB had played its part in laying the foundations for recovery by cutting interest rates to record lows and pumping unprecedented amounts of liquidity into the economy via a series of unconventional policy measures, he said.

“In a monetary union, you cannot allow major and growing structural differences, that has a tendency to become explosive” and threatens the very existence of the union, Draghi said at Saturday’s event.

“The main cause of inequality is unemployment,” he said, which along with weak economic growth showed the need for reforms by euro area governments.

In a separate statement on Saturday, Draghi called for speeding up economic and monetary union, again warning that further “delay could be dangerous.”

“Economic and monetary union has brought enduring benefits to all countries that joined it. But it has also had an influence on their economic policy choices, limiting the sovereignty of individual states — a development that many people only discovered after the explosion of the (financial) crisis,” Draghi said in a statement read in his absence to a conference in Rome.

The result has been renewed resistance to structural reform and financial discipline, he said, and a desire of national governments to return to pre-crisis habit as Europe’s long period of sluggish growth and recession begins to fade.

“The current situation in the euro area demonstrates that this delay could be dangerous,” Draghi warned.

Rather than fearing losing power and policy-making flexibility in accepting common eurozone strictures, Draghi said national governments must realise “new sovereignty-sharing (which)… can appear to be a threat (but) is actually an opportunity.”

Draghi acknowledged that several post-crisis integration initiatives — such as the EU banking union — have been positive, but that many others have stalled.

“The banking union represents an important step, but it must be taken to its term. Now we must achieve a complete union of capital markets,” he said. “Financial integration must take a qualitative leap.”

Draghi added that while he understood the effort to continue integrating eurozone economies would always be a work in progress, he said members had more to gain through greater union than retaining their differences.

“Europe will always be an evolving reality, advancing on the idea that we Europeans are stronger if we act together,” he said.