Home Sports Does F1 still have a future? 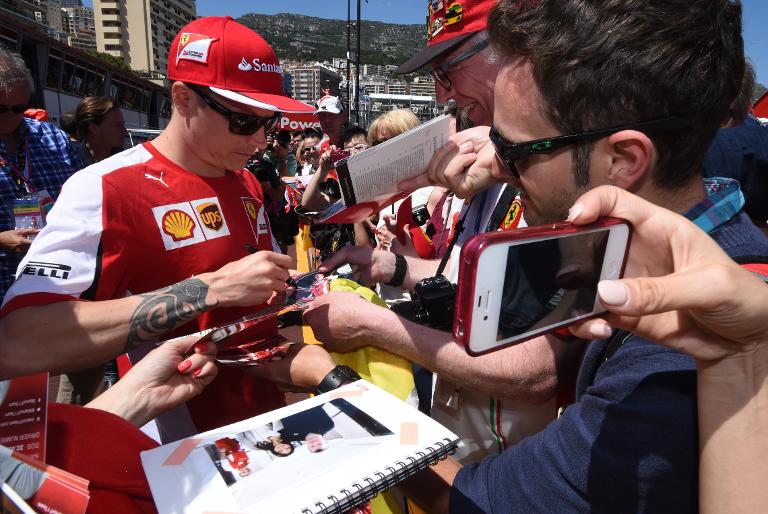 Formula Oneâ€™s travelling circus of sportsmen, wheeler-dealers and brilliant engineers rose to a sunlit Mediterranean morning on Friday and an equally typical list of dramatic and wildly contrasting headlines.

On the annual ‘rest’ day at the Monaco Grand Prix, the drivers faced a series of technical briefings with their teams and a mass autograph-signing session in the Place dâ€™Armes during the afternoon.

The teams analysed, calculated, tuned and polished their motor homes, racing machines and cramped pit-garages, some complete with trees amid the spanners and digital instruments.

Glamorous? On a warm day, it may pass as diverting, but in a wider view it is hardly the kind of Hollywood-style pastime that they once enjoyed.

Long gone are lazy outings to the beach at Saint-Jean-Cap-Ferrat or trips to Cannes to party at the film festival. At Monaco, where the yachts bob in the harbour and paddock regulars scramble for mind space, it is all about the deals, money and business.

Two days after Mercedes confirmed the re-signing of world champion Lewis Hamilton on a three-year contract extension, reported to be worth more than $120 million dollars, the sportâ€™s long-serving commercial ringmaster Bernie Ecclestone revealed he is set to fight a British tax bill for one billion pounds (around $1.6 billion dollars).

At the same time, team chiefs suggested at a news briefing that the sport is close to a crisis and lacks an identity, one claiming that its influential â€˜Strategy Groupâ€™ is “not fit for purpose”, while the father of stricken French driver Jules Bianchi, a hero in 2014, revealed his family are prepared for his death at any time.

His plight throws a shaft of realism across the surreal atmosphere that is prevalent at this extraordinary event with an exotic history.

Ecclestone, 84, remains central to the sport just as it endures a period of sporting and technical soul-searching in pursuit of the structure and identity that will enable it to rekindle the enthusiasm of its supporters.

As grandstand seats remain increasingly unoccupied and television-viewing figures fall, many involved believe his leadership is essential. Many others think it is not and forecast the end of all associations with an era once known as â€˜the Piranha Clubâ€™.

A hearing in Londonâ€™s High Court on Thursday heard that Her Majestyâ€™s Revenue and Customs (HMRC), the British tax collectors, claim that a 2008 settlement agreed with Ecclestone, relating to a family trust, is invalid because he withheld information.

This followed events last year when Ecclestone halted proceedings against him in a bribery trial by paying $100 million dollars to the German authorities. The sportâ€™s owner-controllers CVC Capital Partners have not been impressed.

Never one to lie down easily, Ecclestone has said he plans to sue the British authorities for a failure to respect an agreement made between them in 2008, one year after he had heart surgery and created his family trust, Bambino Holdings, for the benefit of his ex-wife and two daughters.

“Iâ€™ll be fighting this all the way,” said Ecclestone. “I’ve paid all the taxes I’ve ever had to pay.”

His position appears to remain critical to the business he built just as Hamiltonâ€™s image and personal brand are important to Mercedes and Formula Oneâ€™s global marketing prowess and success.

The two-time championâ€™s dominance in Thursdayâ€™s practice confirmed his level of supremacy as surely as the teamsâ€™ unproductive infighting has kept alive F1â€™s need for Ecclestone.

Despite the glamorous backdrop, both know they need this Sundayâ€™s Monaco race to lift an air of gloom.