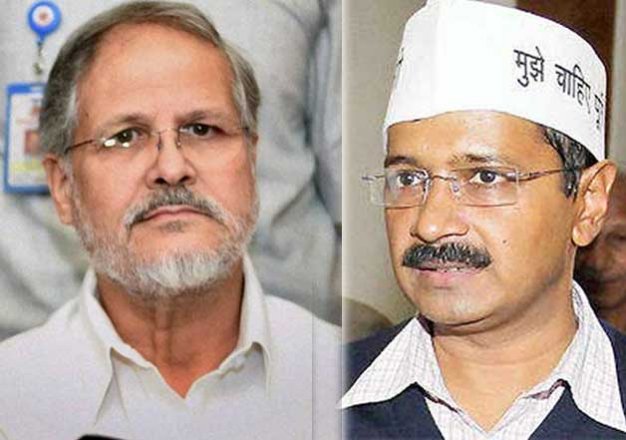 New Delhi: Raising the stakes in its fight with the Lt Governor, AAP government on Saturday decided to call a two-day ’emergency’ session of Delhi Assembly from Tuesday to deliberate on Centre’s notification giving absolute powers to him in appointment of bureaucrats and issues of police and public order.

The decision to hold the special session was taken at a Cabinet meeting presided by Chief Minister Arvind Kejriwal.

The Assembly was due to meet in June for the passage of Budget.

Officials said the session will deliberate on the gazette notification issued by the Centre as well as issues relating to sharing of power between the elected government and the Lt Governor.

They said government had sought legal opinion from constitutional expert KK Venugopal and former Solicitor General Gopal Subramanium and both felt that the notification is against the provisions in the Constitution and laid down norms.

“Legal opinions from noted constitutional expert KK Venugopal and former Solicitor General of India Gopal Subramanium were placed before the Cabinet and discussed in the meeting,” the Chief Minister’s office said.

The Cabinet also decided that depending on the requirement, the session can be extended further.

In the notification issued yesterday, the Centre gave absolute powers to the LG in appointment of bureaucrats while also clarifying that he need not “consult” the chief minister on subjects like police and public order.

The Anti-Corruption Bureau of the Delhi government has also been barred from registering any case against officers and political functionaries of the central government.

After the notification was issued, Kejriwal had launched a frontal attack on the Centre, accusing it of “back-stabbing” the people of the city by “siding” with the Lt Governor to run Delhi through “backdoor” and protect the corrupt.

The appointment of senior bureaucrat Shakuntala Gamlin as acting Chief Secretary by LG last week had triggered a full-blown war between the ruling AAP and LG Najeeb Jung, with Kejriwal questioning the LG’s authority and accusing him of trying to take over the administration.