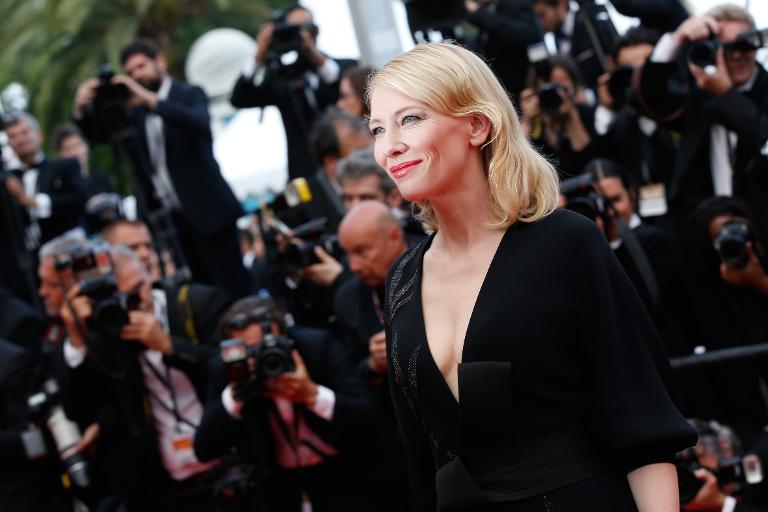 The competition for the Palme d’Or at the Cannes Film Festival wrapped up Saturday with a clutch of favourites jockeying for one of global cinema’s most coveted prizes.

A Cate Blanchett lesbian love story, a gruelling Auschwitz drama, an all-star tableau on the ravages of age, and a slow-burn martial arts movie from Taiwan all looked well-placed to capture top honours from a jury led by Joel and Ethan Coen.

But in one of the tightest races in years, an Italian ode to a dying mother, and a pitch-black comedy about modern love, “The Lobster”, starring Colin Farrell and Rachel Weisz, also seemed within striking distance.

Audiences swooned over “Carol” by US director Todd Haynes, featuring knock-out performances by Blanchett and Rooney Mara as lovers nearly crushed by the conservative values of their time.

It rocketed to the top of critics’ “best of” charts after its premiere a week ago.

Another revelation was “Son of Saul” by first-time feature director Laszlo Nemes, which takes film-goers inside the gas chambers of Auschwitz in a way never before seen on screen.

Critics hailed the picture for bringing the memory of the Holocaust alive in a visceral way 70 years after the liberation of the camps, as the last survivors enter their twilight years.

“The films that win tend to create a completely realised and self-contained universe. ‘Son of Saul’ does that,” Vogue reviewer John Powers told AFP.

“The evocation of that universe, the world of Auschwitz, is powerful and exquisitely directed.”

Peter Bradshaw of London’s The Guardian newspaper called it “an astonishing debut film” of “extraordinary focus and courage”.

The art-house crowd also fell hard for “The Assassin” by Taiwanese film-maker Hou Hsiao-Hsien, a glacially paced but visually stunning tableau of palace intrigue in ninth-century China told through the character of a woman warrior.

Manohla Dargis of the New York Times said Hou “blew the roof off” the theatre with “a staggeringly lovely period film” while movie website Indiewire called it “an epic visual poem”.

French daily Liberation and the weekly Les Inrockuptibles both pronounced “The Assassin” to be their pick for the Palme d’Or.

Meanwhile many viewers were moved to tears by the latest picture from Italian auteur Nanni Moretti, “My Mother”, about a female filmmaker sent into a tailspin by a career crisis and the loss of a parent.

“It is an extraordinarily elegant film,” said French reviewer Philippe Rouyer of Positif magazine, who put it among the top three films this year along with “The Assassin” and Jia Zhang-Ke’s triptych of modern China, “Mountains May Depart”.

“There has been plenty of emotion at the festival, like every year. When the time comes to select the 10 best films of the year in December, half of them will have been shown at Cannes, as usual.”

Moretti’s star Margherita Buy could walk off with the best actress trophy, if Blanchett or Mara fail to clinch it.

For best actor, France’s Vincent Lindon moved audiences with a stoic performance as an unemployed man fighting to keep his head above water in “The Measure of a Man”, possibly giving “Son of Saul” star Geza Rohrig or Caine and Keitel a run for their money.

And Michael Fassbender and Marion Cotillard, the stars of “Macbeth”, an adaptation of the Shakespeare tragedy, delivered stand-out performances that could see them scoop a trophy.

Industry watchers said that as a whole, this year’s festival had seen a wild range of quality in the main programme.

“It’s not a particularly strong year but not disappointing by any means,” Powers said, predicting a three-way race between “Carol”, “The Assassin” and “The Lobster”.

“No film has really crystallised opinion.”

The wide-open race attracted the attention of the odds-makers, with Irish bookie giant Paddy Power plumping for “The Lobster”.