Home Music & Entertainment Tanu and Manu all over again 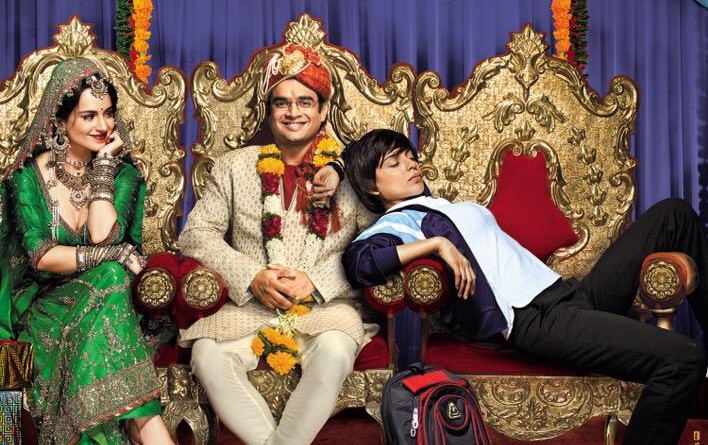 The last time Tanu and Manu met on screen, we loved them. Four years later, Director Anand L. Rai is back with â€˜Tanu weds Manu Returnsâ€™ because we couldnâ€™t get enough of the duo.

Our first tryst with Tanu and Manu happened in 2011. Tanu is all against getting married the London-returned Manu. The proposal gets brushed under the carpet and after eventful bumping into each other at a common friendâ€™s wedding, Manu is unable to tear his mind away from Tanu, who is all set to marry her boyfriend. The rest of the movie is about how Manu has to help Tanu with her wedding preparations and how ultimately, Tanu also falls for him.

Tanu weds Manu centrically focused on capturing the atmosphere of small-town India and wooed the audience with the twisted love story. Now, what does Tanu Weds Manu Returns have in store for us?

Tanu Weds Manu Returns unveils the second chapter of their life togetherâ€” post-marriage complexities. With its humble but exuberant trailer that Anand has given us, this movie seems to be worth watching.

Sheâ€™s tough and sheâ€™s eccentric. Sheâ€™s perky and sheâ€™s all set to rule Bollywood silver screen. Sheâ€™s none other than Kangana Ranaut. With a strong identity of her own, Kangana is known to be one of the most straight-forward actors who does not mince her words at all.

She is uninhibitedly fearless and realistic and a fighter who has battled all odds and emerged ahead of the rest, much like her Rani image from Queen.

The Haryanvi bro Kusum will you blow off your seat! Her gutsy marathon and beautiful soul steal your heart immediately.

Having impressed the audiences and critics alike with his performances in â€˜Tanu Weds Manuâ€™, R Madhavan is making a comeback to the silver screen after a brief sabbatical of four years and he is all geared up for his upcoming flick. However, if this doesnâ€™t impress the box office, this will be perhaps his last shot and hanging in there.

Tanu weds Manu Returns has all the right grounds that should prompt you to watch the movie. From its perky beats to dhamaakedar acting, the movie is bound to have you hooked every minute. So, before you â€œmove onâ€ with your life this weekend, spice it up with peals of laughter and sorrowful moments all in a beat of the heart.