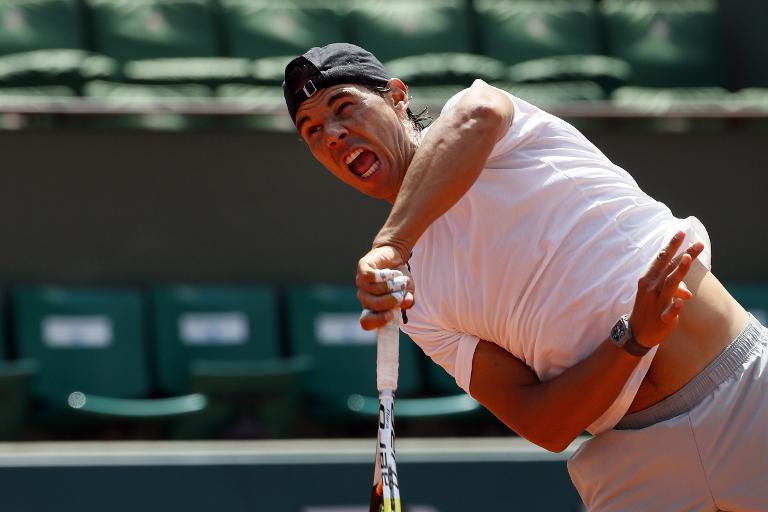 Rafael Nadal insisted Friday that his decade-long experience of playing at the French Open will make him a serious contender for a 10th title at Roland Garros despite being widely written off.

The 28-year-old Spaniard, who made his debut in Paris back in 2005 sweeping all before him on the way to the first of nine titles in the French capital, is only seeded six this year, a legacy of a relatively poor claycourt season.

But defending champion Nadal believes that the low expectations may count in his favour when the tournament gets underway on Sunday.

“That doesn’t mean that I don’t have confidence in myself to try to be ready for it. I have to think that I am ready. My last couple of weeks have been much more positive than what the results said.

“I am gonna try to put my game in a position that’s gonna give me the chance. If I am able to do it, I have enough experience here.”

After winning a ninth French Open in 2014, Nadal was hit by a series of injuries as well as a bout of appendicitis.

He has just one title in 2015 — on clay in Buenos Aires — and enters Paris without a European claycourt trophy for the first time in 10 years having lost to Andy Murray in the Madrid final, being beaten in the semi-finals in Monte Carlo by Novak Djokovic and losing to Fabio Fognini in Barcelona.

On the eve of Paris, he was defeated by Stan Wawrinka in the Rome quarter-finals.

Come what may over the next two weeks, Nadal says his major target is to stay pain-free unlike 2014 where injury sidelined him for virtually the entire second half of the season.

“It’s important for me to have a full season playing tennis. It’s important to try to keep playing in the season with no injuries, and we will see where we finish and how I finish,” he said.

Friday’s draw put Nadal on course for a potential quarter-final against top seed Djokovic, the man he defeated in the 2012 and 2014 finals.

Refusing to look too far ahead to a clash which would not take place until the second week of the event, Nadal preferred to reflect on his memories of a 10-year domination of the French Open.

“Always when you are back in a place that you had certain unbelievable success, it’s always is special. But the past is past. We are in 2015. What happened in the past today doesn’t matter.

“It’s gonna matter when I finish my career that obviously winning nine times here is difficult to equal.”