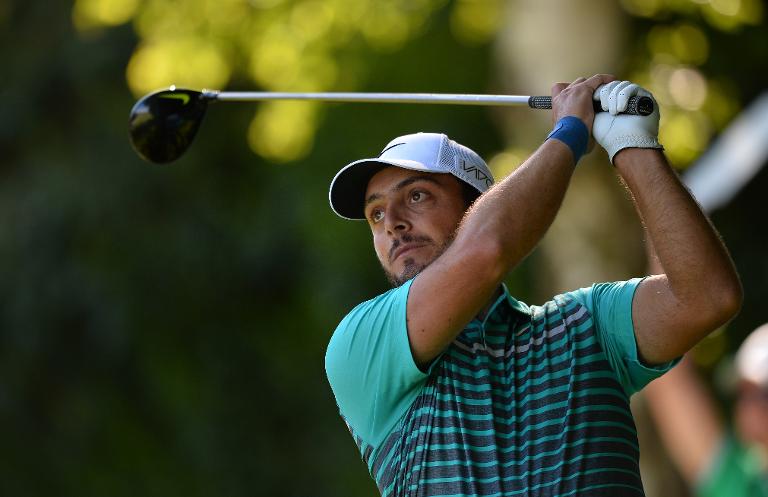 World number one Rory McIlroy was left frustrated as Italy’s Francesco Molinari headed the leader board at the end of the first day of the European PGA Championship at Wentworth on Thursday.

Molinari carded a seven-under par 65 with no bogeys finishing with a flourish with birdies at the 17th and 18th â€“- both par-5s -â€“ to leave himself two shots in front of Sweden’s Robert Karlsson and six in front of McIlroy who had a 71.

Karlsson is a shot in front of a clutch of players on four-under including 2008 winner Miguel Angel Jimenez, another Spaniard in Jorge Campillo, England’s Chris Wood and Korea’s YE Yang.

Molinari hinted at a return to form with a tie for second place at the Spanish Open last week but he tumbled out of the world top-50 last October and currently stands 66th in the rankings.

The 32-year-old needs a good finish to boost his chances of playing in the US Open in June, where the top-60 in the world on Monday get exemptions and July’s British Open at St Andrews where the top-50 are granted automatic spots.

“I know that the deadline for the U.S. Open and The Open are close and it would mean a lot to have a good week here,” Molinari told reporters. “All season, I’ve been pretty much just outside the Topâ€‘50, knowing that a good week would get me in again.

“Dropping out of the Topâ€‘50 didn’t help because it means I need to play more events. I missed the Masters this year and a few majors in a row. So it wasn’t a nice feeling, and I hope to be back very soon.”

McIlroy fresh from his win at Quail Hollow in the United States last week had started with a bogey at the par-4 first and was never better than one-under par and could not manage a birdie on the two closing par-5s.

“I felt like I left a couple out there.There’s definitely room for improvement,” said McIlroy.

McIlroy is following a relentless schedule flying into London from the United States on Monday, attending the European Tour’s Players’ Awards dinner on Tuesday night and is playing his fourth of five tournaments in as many weeks.

And the Northern Irishman was aiming to put his feet up after venting his frustrations on the course during his first round.

“Mentally I feel myself getting a bit angry out there which I haven’t been doing the last few weeks,” he said.

“I just sort of need to stay in control of my emotions because I feel like that’s one of the things, if I’m a little tired or a little fatigued mentally, I’ll start to be hard on myself and start to get down on myself. I will try not to do that over the next few days.”