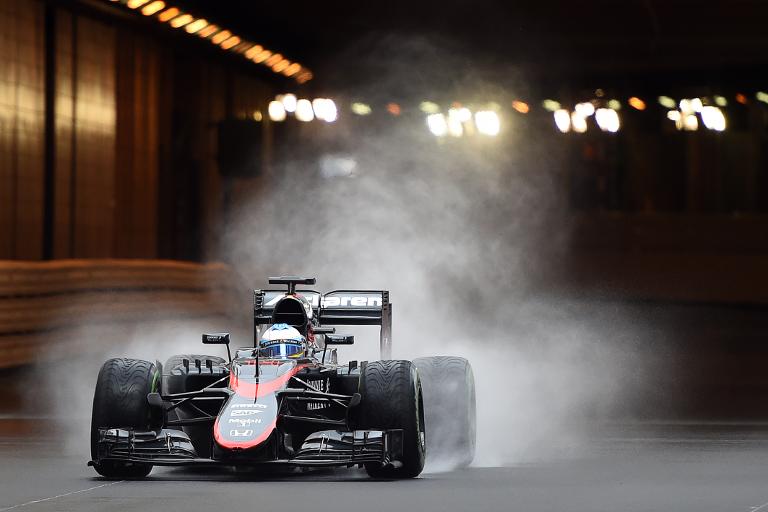 In the heyday of their previous association with Honda, the McLaren team remained undefeated at the Monaco Grand Prix from 1988 to 1992.

This Sunday, any finish in the top ten will be a cause for celebration.

The struggling McLaren-Honda outfit of 2015 vintage may be equipped with one of the most advanced racing packages ever seen in Formula One and have two world champion drivers.

But it has yet to score a point.

The team is enduring its worst start since it made its debut in 1966, with team founder Bruce McLaren driving, at that seasonâ€™s Monaco race.

For all involved, and all who have followed their fortunes, there is a harsh irony in witnessing this scrap for progress by the team with Monacoâ€™s finest record.

McLaren has won a total of 15 Monaco Grands Prix to stand clear of the second-best team, Ferrari on nine, by six victories.

For McLaren boss Ron Dennis it is a source of pride, but also a reminder of the standards that they seek to recover.

“That transcended driver changes, regulatory changes, everythingâ€¦ So that made it even better. It requires precision driving and every one of those drivers excelled in precision.”

But McLaren are without a win in Monaco since 2008 when two-time champion Lewis Hamilton triumphed on the way to his first world title. Alongside that, it should be noted that Ferrari has not won in Monte Carlo since 2001.

It is, unquestionably, an exceptional challenge.

“But weâ€™ve also led races and failed. From driversâ€™ mistakes, which show the level of concentration that you need, through to team mistakes, when weâ€™ve had failures when in the lead. So, it could have looked a lot better…”

In Thursdayâ€™s rain-hit sessions, two-time champion Fernando Alonso clocked the eighth best time while 2009 champion Jenson Button was 16th. As far as wins at Monaco are concerned, Alonso triumphed in 2006 and 2007 and Button in 2009.

Such experience has given the team some confidence that after a challenging start to 2015, they can find some solace with an improved result at an event that can delight and infuriate in equal measure.

“You go to Monte Carlo with two sets of emotions,” said Dennis.

“One thing is that despite the glamour, the logistics are a nightmare. While there are now some accommodations for car components and cars in the pit lane, itâ€™s still the only Grand Prix that we go to where the transporters are parked somewhere elseâ€¦”