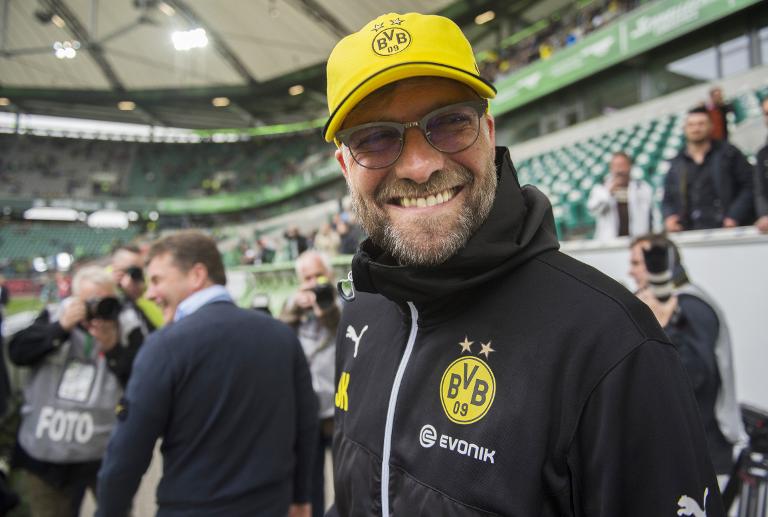 Jurgen Klopp plans to bow out of his last Bundesliga home game as Borussia Dortmund coach with a win over Werder Bremen on Saturday to help their Europa League bid.

After two German league titles and a Champions League final appearance in the last seven years, Klopp leads out Borussia for the last time at Dortmund’s Westfalenstadion and wants a top performance.

“I hope that we will manage to put on a really good ‘Dortmund’ display and run a real full-throttle event”, enthused Klopp, who will be replaced by Thomas Tuchel next season.

The 47-year-old’s final game as Dortmund coach will be at Berlin’s Olympic Stadium in the German Cup final against Wolfsburg on May 30, but he wants to beat Bremen in a bid to finish sixth.

Both eighth-placed Bremen and Dortmund, who are seventh, need three points — and hope Borussia Moenchengladbach beat Augsburg — to finish sixth to guarantee a Europa League place next season.

As an added incentive, Dortmund have never finished lower than sixth under Klopp after winning the 2011 and 2012 German league titles, then having finished second to champions Bayern Munich in the last two seasons.

With former Germany international Sebastian Kehl also playing his final home game before retiring, it promises to be an emotional afternoon.

Veteran Roman Weidenfeller, who has recovered from injury is expected to replace Australia international Mitchell Langerak in goal.

And Dortmund captain Mats Hummels, who is reported to have turned down an approach from Manchester United, will return after sitting out last Saturday’s defeat at Wolfsburg with a bruised foot.

Either way, a top sixth finish would be an impressive achievement for either Bremen or Dortmund, who were bottom of the table in December and February respectively.

Bayern will be crowned German league champions for the 25th time regardless of the result of their home match against Mainz.

Pep Guardiola’s side are looking to finish in style after losing five of their last six matches.

They were knocked out of both the Champions League and German Cup semi-finals in a horror four-week period since winning the title with four games to spare.

But Guardiola has still won five titles in two years in Munich.

One of the tightest relegation battles in Bundesliga history will unfold with the bottom six teams all fighting to avoid the dreaded drop.

The bottom two sides, currently Paderborn and Hamburg, will be relegated automatically while the 16th-placed team faces a play-off with the third-best team in the second division.

Bottom side Paderborn can finish no higher than 16th, which would offer them a survival chance in the play-off.

They host Stuttgart, who are two places higher in the table, while the team sandwiched between them, Hamburg, are at home to fifth-placed Schalke.

Hamburg, the only side in Germany’s top flight never to have been relegated, will be without their ex-Germany midfielder Marcell Jansen, who has a thigh injury.

“We have to get a result, it’s the only thing we can influence,” said Hamburg coach Bruno Labbadia.

Hanover are at home to Freiburg, who enjoyed a shock 2-1 win over Bayern last Saturday, with both sides locked on 34 points, just one above the relegation places.

“In such extreme situations, the characters come out,” said Freiburg coach Christian Streich.

“You can see how great the pressure is, some can’t handle it.”

Hertha Berlin could drop from 13th into the relegation mire and 16th with a defeat at Hoffenheim which would threaten their third relegation in five years.

“We’re not going to bunker down in front of our box, we have an aggressive midfield pressing and we want to use that,” said Hertha coach Pal Dardai.