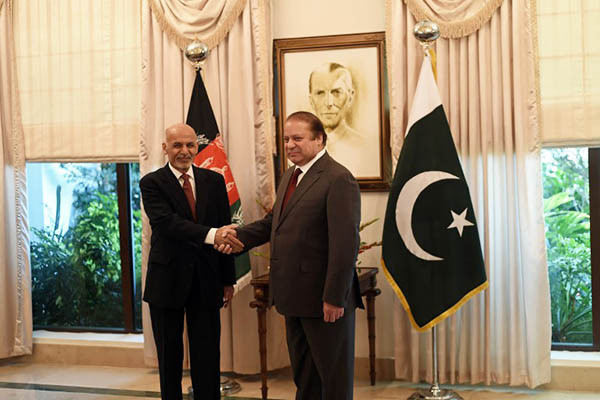 New Delhi: With closing ties between Afghanistan and Pakistan after the two countries signed a memorandum of understanding (MoU), India seems to dislike the move by its neighboring countries. It is understood that India is now planning a harsh response to the pact between Afghanistanâ€™s National Defense Security (NDS) and Pakistanâ€™s infamous Inter-Services Intelligence (ISI). Some time ago, Pakistanâ€™s army confirmed the two countriesâ€™ security agencies signed a MoU, in which Pakistan will help train and equip Afghan intelligence officers, take part in the interrogation of terror suspects and conduct joint operations. Opposing the move, Afghanistanâ€™s former President Hamid Karzai on Wednesday demanded the immediate scrapping of a key accord signed between Pakistan’s ISI and Afghanistan spy agency to share intelligence, asking the unity government not to ink such deals which went against the country’s national interests. In a statement, Karzai said the government should “immediately cancel” the Memorandum of Understanding between the Afghan Intelligence and Pakistan’s Military Intelligence â€“ Inter Services Intelligence (ISI). On the other hand India was in the dark about the agreement, which was presented post facto to the world. It is learnt that the deal may have been signed when Pakistan PM Nawaz Sharif visited Kabul last week. Former NDS chief Amrullah Saleh, opposing the agreement, tweeted this week, “Intelligence cooperation with ISI means doubting Pakistani duplicity in terror, dishonoring ANDSF’s (Afghan National Defense Security Forces) sacrifices and falling in the trap of deception.”

“What Pakistan wanted was to take assurance and pressurize Afghanistan that they will not allow their territory to be used for any security related work by India. That is the crux of it. This is based on a faulty assumption that India probably uses Afghan soil or Afghan nationals for its security purposes,” Doval said.