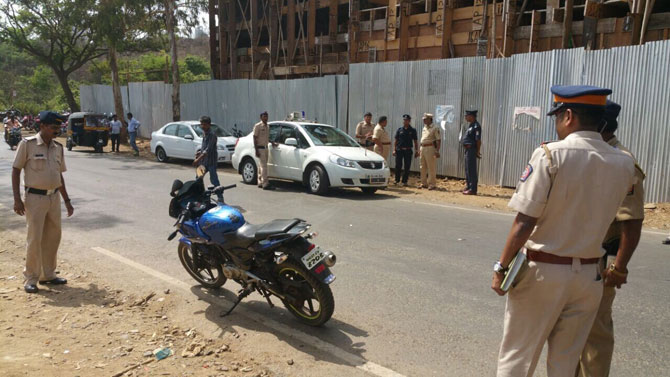 Three rounds of bullets were reportedly fired near Filmcity Gate no 2, out of which one hit Shinde in the stomach. Â

This is where Bollywood veteran Amitabh Bachchan is currently shooting.

Meanwhile the assailants left behind one of the bikes and made their escape on the other. The police chased the two shooters, but they managed to escape. Â

Shinde has been admitted to a local hospital for treatment and is critically injured.

â€œActual, real shooting at filmcity next to our set. One man critically injured rushed to hospital,â€ Alok Nath tweeted.