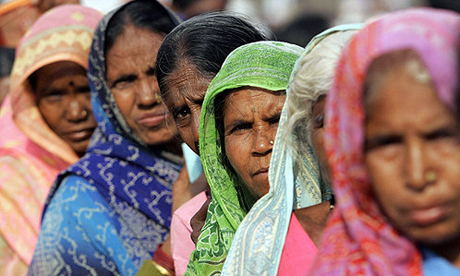 Hyderabad: Oh hello, youâ€™re a Dalit, right? Why do you have this Ambedkar ringtone? Ok wait. Why do you even have a phone? Youâ€™re a Dalit. Ok, thatâ€™s it now. Why do have a life in the first place? Arenâ€™t you a Dalit? There, your skull will be crushed under the bike.

Because youâ€™re a Dalit!

If whatâ€™s written above sounds bizarre, then Iâ€™m sorry. This wasnâ€™t meant to hurt anyoneâ€™s sentiments. This is just a recreation of something that happened in the holy town of Shirdi. Right under the nose of the police station.Â  Yes.

When Sagar Shejwal, a nursing student went back home to be a part of festivities, little did he know that a ringtone would cost him his life. At a wine shop with his cousins, when his phone rang, the Ambedkar ringtone, Tumhi kara re kitihi halla / Mazbut Bhimacha quilla (Shout all you want / Bhimâ€™s fortress is strong) spelt doom for the young lad.

Upon getting into a heated argument with some youth there, Sagar was beaten up mercilessly and even though his cousins called up the police, just a few feet from where this inhumane incident took place, they couldnâ€™t save him.

They guys didnâ€™t stop there. They dragged him into a forest and crushed his skull under their bike, where Sagar succumbed to over 25 injuries that he had sustained during the assault.

Dalits are not humans?

This isnâ€™t the first time Dalits have been beaten or killed. Dalits, belonging to the lowest rung of the caste system, are often an eyesore to the â€˜upperâ€™ castes. Theyâ€™re shunned and shooed and in extreme and disgusting cases like these, hacked to death mercilessly. Why canâ€™t they be treated like human beings?

Why do we still linger in the age old caste system? On one hand we are moving to space and on the other, we do this to human beings? Arenâ€™t we just ashamed?

Iâ€™m writing this while grinding my teeth. They crushed him under their bike, because they didnâ€™t like his ringtone. What is happening to humanity? We all talk about freedom of this and freedom of that.

Why canâ€™t we see that there are demons loitering around under the veils of human beings, who CRUSH people if theyâ€™re Dalits. Yes, crush.

It seems the police station was just a few feet away. Despite repeated calls for help, they didnâ€™t manage to get there on time, in the lapse of which, Sagar was dragged away and killed. Just like that. No questions asked.

So, effectively, the police LET a youth die. Why? Maybe because he wasnâ€™t all that important. Oh, I forget. He was a Dalit.