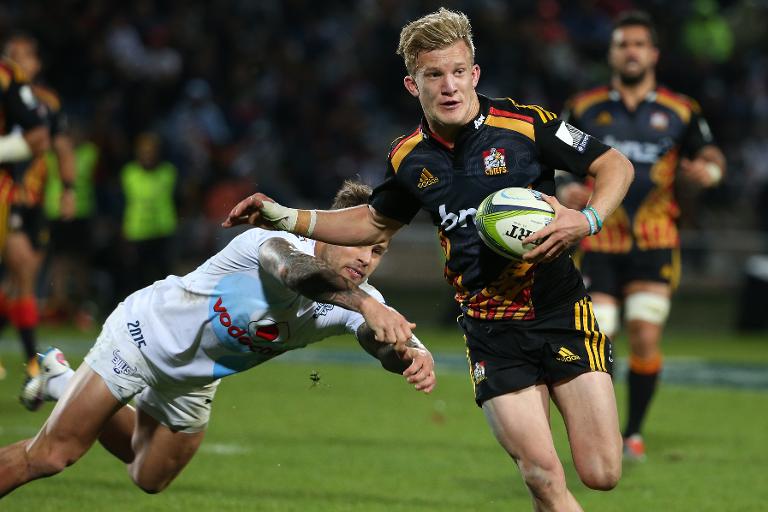 The Waikato Chiefs boosted their play-off chances with a bonus-point 34-20 win over the Northern Bulls in Rotorua on Friday.

The New Zealanders scored five tries to three as a second half brace for Augustine Pulu helped them run away to cement fourth spot on the ladder.

“It was massive, we had our backs against the wall and we did what we needed to do,” said captain Liam Messam after his side bounced back from a defeat last week against competition leaders the Wellington Hurricanes.

While that loss ended the Chiefs’ hopes of topping the New Zealand conference, victory over the Bulls keeps them firmly in the top six.

The Bulls headed into the match leading the South African conference by just one point and the Western Stormers could overtake them with a win over the Melbourne Rebels in Cape Town on Saturday.

Captain Pierre Spies was frustrated at the Bulls’ second straight loss on the road.

“We had a good start but lost a bit of momentum and made too many mistakes,” he said.

The Bulls were forced to defend desperately from the start against a Chiefs onslaught that saw Pulu stopped just short of the tryline after five minutes.

Chiefs’ rookie pivot Damian McKenzie then spilled the ball in a crunching tackle and Jan Serfontein swooped, outpacing Hosea Gear to score the first try of the match.

Another mistake cost the Chiefs dearly three minutes later, when Worcester-bound Bryce Heem tried to slap a the ball clear of the in-goal area but sent it straight to Bjorn Basson for the Bulls’ second five-pointer.

The Chiefs then hit back with two quick tries of their own, the first when Messam bulldozed his way to the line and the second resulting from slick passing that set Heem free on the wing.

The torrid first half ended with the honours even at 15-15 and it took Pulu to break the deadlock in the Chiefs favour 13 minutes after the restart.

After a strong run from McKenzie, Pulu gathered the ball and brushed off two tacklers before scoring.

The same pair created Pulu’s second straight from the restart, McKenzie weaving through Bulls defenders and Pulu finishing between the posts.

The Bulls gained a one-man advantage when Chiefs flanker Sam Cane was sinbinned, making the most of it with a Pieter Labuschagne try from a driving maul to make it 29-20 with five minutes to go.

But Tim Nanai-Williams sealed the win when he added a fifth for the Chiefs right on the siren after more sterling work in the lead up from McKenzie.